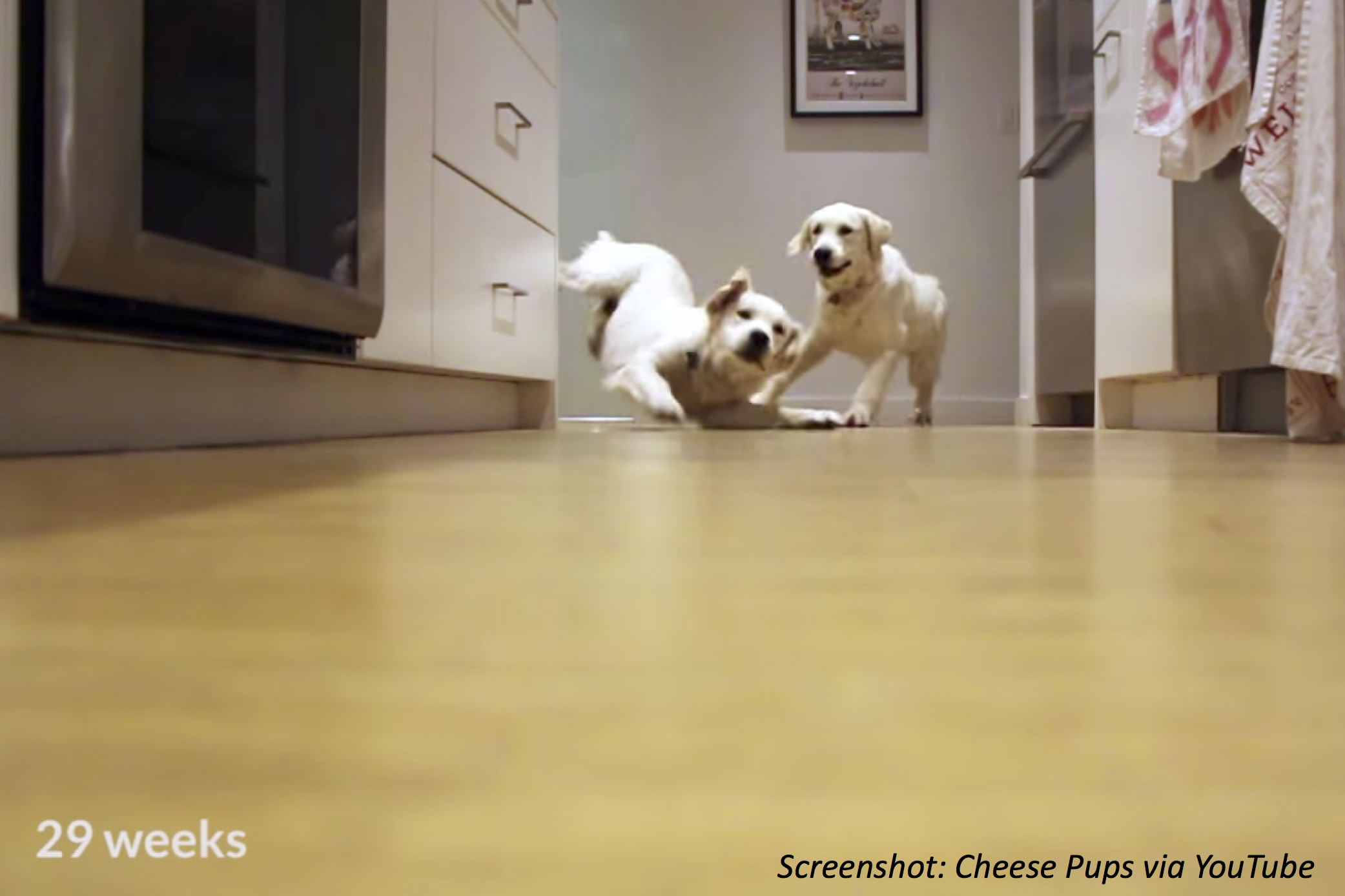 You’ve got to love this video of puppies skidding down the hall towards their food bowls. The 2 golden retrievers run down the same hall over and over — except they’re shown doing this about every 3 weeks. So through the video we see the puppies grow, and get a little better at rounding the corner without crashing. At 46 weeks (about 11 months old), the puppies are almost full size. Grown-up goldens stand about 24 inches tall and weigh about 70 pounds. But the pups are still “teenagers” agewise: they still don’t know how long their legs are, and trip over their goofy feet. Somehow, they still make it to dinner.

Little kids: How many big paws do those 2 puppies have together?  Bonus: If the puppies had romped on camera at 11 weeks, then 14, then 17…what week number would have been next?

Big kids: The video filmed the puppies from the end of 11 weeks until the end of the 46th week. For how long were they filmed?  Bonus: A dog’s age in “dog years” is 7 times the actual time they’ve lived, since they live shorter lives than we do. How long is 11 months in dog years and months?

Answers:
Wee ones: See if you can tell your left from right.