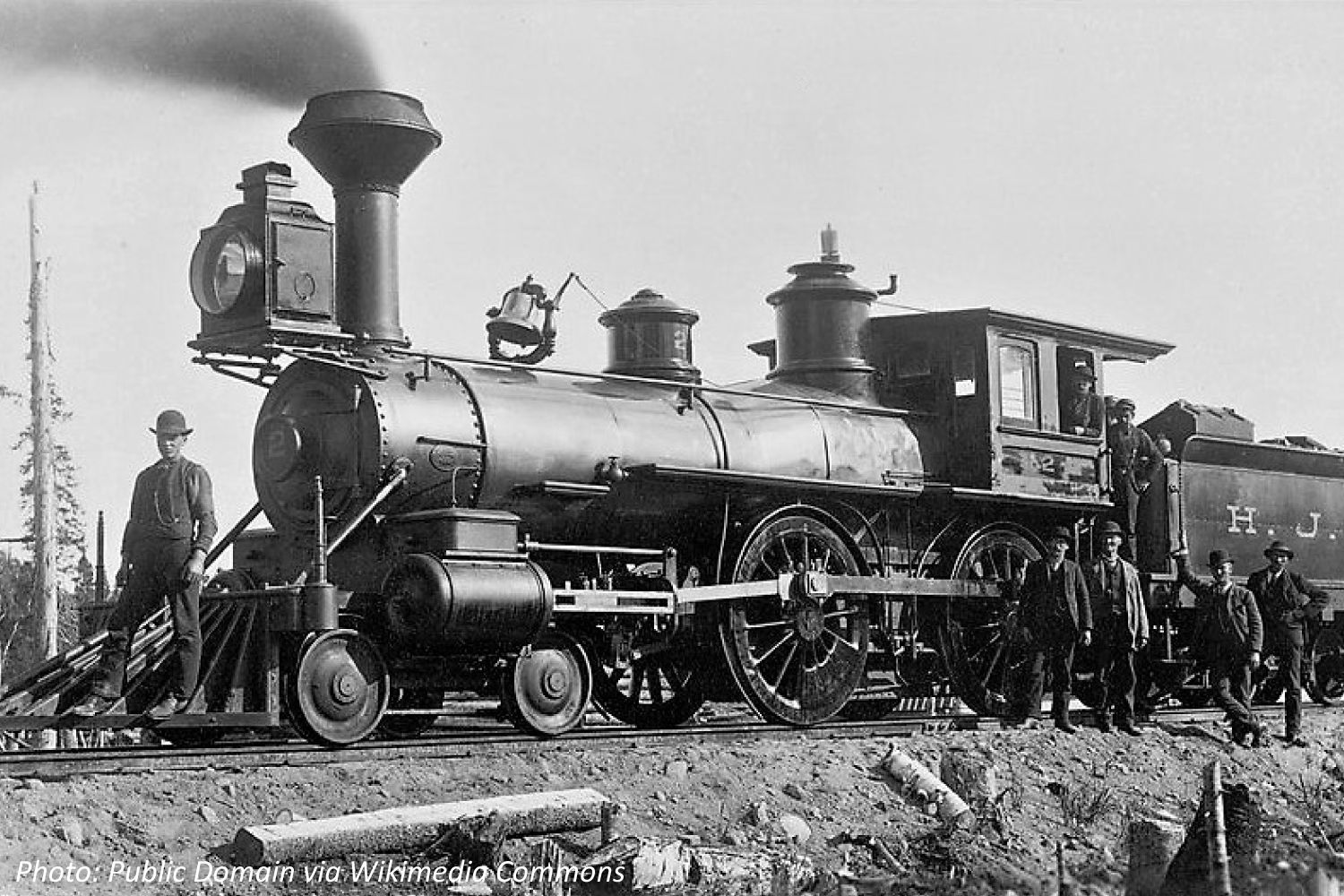 We humans have come a long way since cavemen chucked rocks at each other. Back then the only way to get anywhere was to walk, at 2-4 miles an hour. To cross the U.S., which is more than 2,000 miles, would take a long time. Around 5,000 years ago we invented the wheel, and built carts and wagons for horses to pull. By the 1800s, we had steam trains, which were way faster! But trains could take you only where the tracks went. There wasn’t one long track across the U.S. So the Central Pacific company built tracks eastward from California, while the Union Pacific built westward from the Missouri River. They met in Utah in May 1869. Finally in June 1876 a train drove all the way across the country for the first time, in just under 84 hours. Now we can fly it by plane in 6 hours!

Wee ones: If a train locomotive has 6 wheels and a car has 4 wheels, which one has fewer wheels?

Little kids: If your car has 4 wheels, how many more wheels does it need to match a 6-wheel train car? Count up if it helps!  Bonus: If you leave New York in June and ride to California by bike in 1 month, what month do you get there?

Big kids: If the train trip across America took 84 hours, how many more hours did it take than our 6-hour flight today? Bonus: If you could ride your bike across like a superhero in exactly 3 days nonstop, would you get there before the 84-hour train?

The sky’s the limit: If it takes 60 hours to cross the U.S. by high-speed train and 90 hours by car, but you do the trip partly by car and partly by train to take 80 hours, what fraction of the distance did you drive by car?

Wee ones: The car has fewer wheels.

Multiplying to simplify, you get