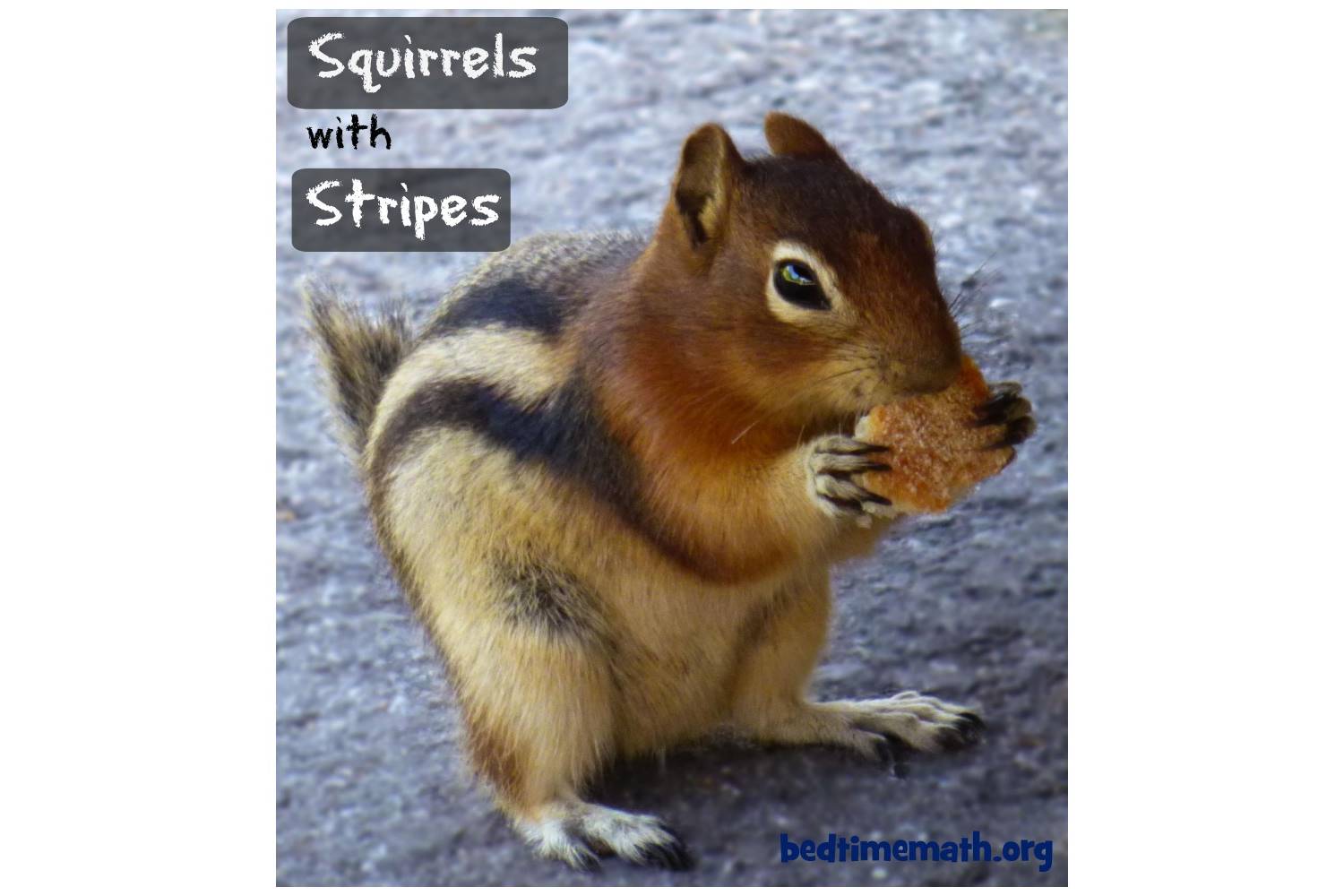 Of all backyard animals, one of the cutest is the chipmunk. This tiny rodent is a cousin of the squirrel; it doesn’t have that long, bushy tail, but has that fun striped fur instead. The 25 species, or types, of chipmunk are a lot alike: they range only from 7 to 11 inches long, and they all eat nuts, berries, seeds and grains. They stuff food into their baggy cheek pouches to hold until they run back to the safety of their nests (chipmunks are a tasty snack for birds of prey, so they aren’t very brave). What’s amazing is that these little furry guys can dig burrows up to 10 feet long! Squirrels can’t quite do that…between that and the stripes, we’re guessing they’re a little jealous.

Wee ones: Try to find something in your room that has stripes. How many stripes does it have: up to 5, or more than 5? Are the stripes wider or skinnier than your finger?

Big kids: Baby chipmunks have to find food on their own just 8 weeks after birth. How many days is that?  Bonus: If an 8-inch chipmunk digs a 10-foot burrow, how many times its own body length is its new home? (Reminder: A foot has 12 inches.)

Answers:
Wee ones: Items might include shirts, socks, pillowcases, or curtains.