Home » Letting the Cat Out of the Bag 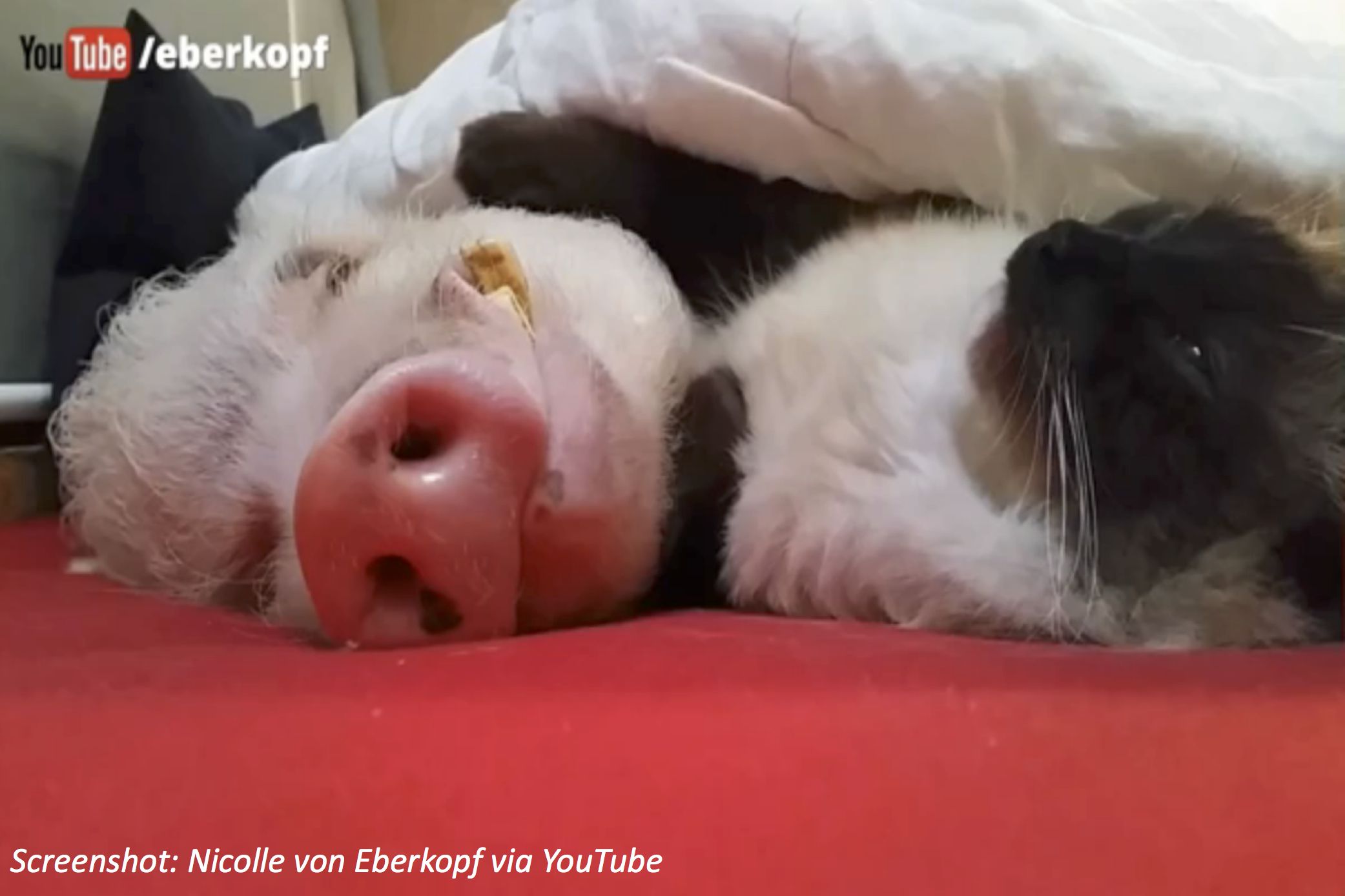 What does it mean when people “let the cat out of the bag”? It means the truth came out. It might come from farmers selling pigs long ago. Sometimes a sneaky farmer would slip a cat in a bag instead of a piglet, since cats were less expensive. So we love this photo of a cat taking a nap with a pig. Moritz is a very friendly pig, and he’s buddies with all the other animals on his farm, including this kitty. It looks like the cat is actually patting the pig to put him to sleep. We guess it’s hard work being a cat or a pig, whether you’re in or out of the bag.

Wee ones: Who has more legs, a cat or a pig?

Little kids: If the cat and pig fall asleep at 2 pm and nap for 3 hours, will they be up in time for dinner at 6 pm?  Bonus: Cats eat about 1 ounce of cat food for every pound of body weight each day. If this kitty weighs 10 pounds, how much food does it eat in a week?

Big kids: A domestic pig can weigh more than 700 pounds! If this one weighs just 400 pounds and the cat weighs 10 pounds, how many cats would have to pile up to match the pig?  Bonus: If the pig then peed and weighed 1 pound less, how much would it weigh?

Answers:
Wee ones: They’re the same! Each animal has 4 legs.