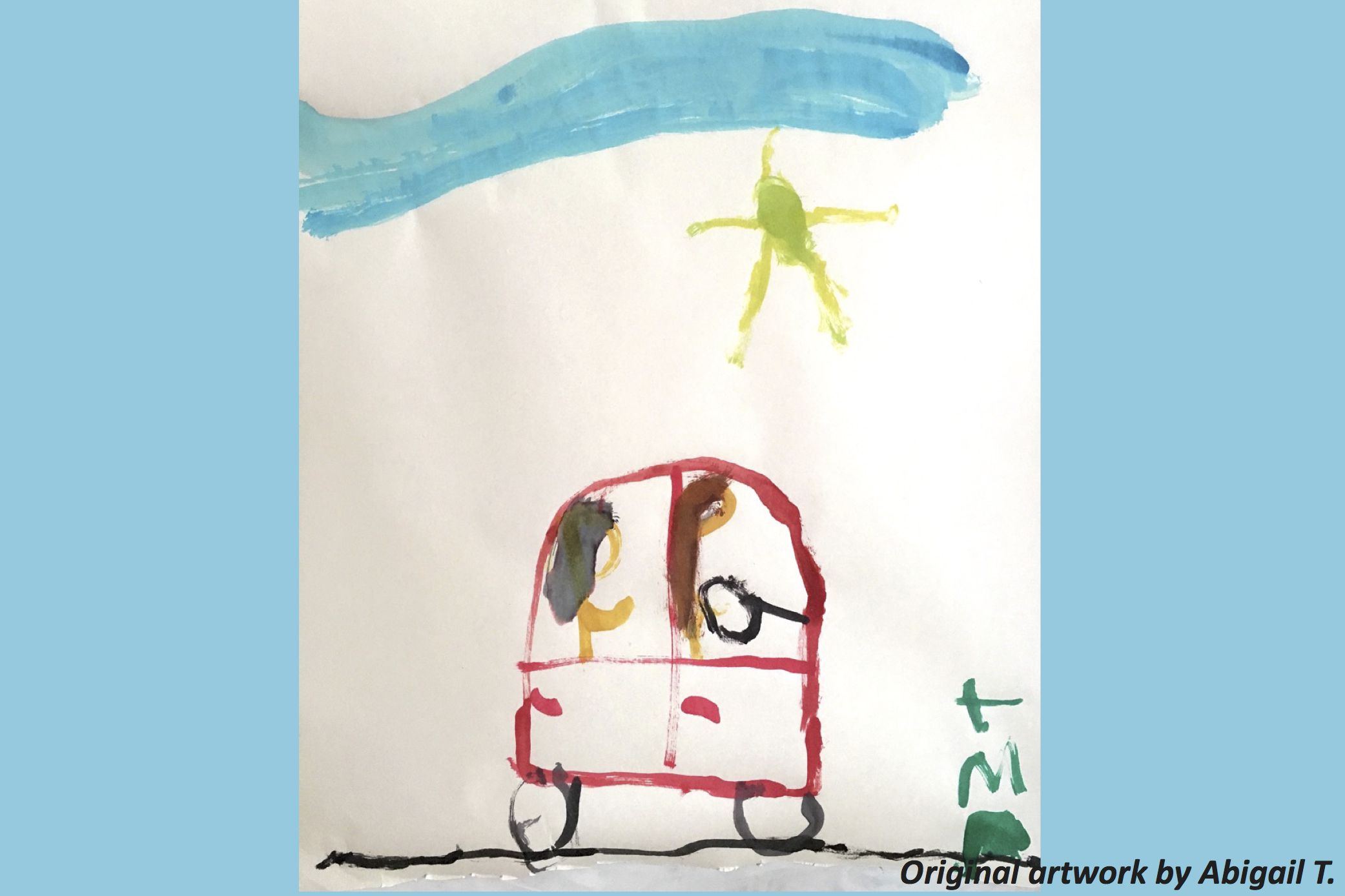 On a busy road, the traffic can stretch for miles and miles. And that’s just one road in one town…imagine how many cars are on all the roads in your country! Our friend Abigail T. went even bigger: she asked us, how many cars do we have in the whole world? (and painted a picture of herself riding around in one!) Well, there are more than 1 billion cars out there (1,000,000,000). A million is a thousand thousands, and a billion is a thousand millions, so that’s a huge number. In the U.S. alone, there are 245 million cars for just 320 million people!

Wee ones: If you just count 4 blue cars on the road, what number do you say before 4?

Little kids: If 5 houses on your block each have a 2-car garage, how many cars can they hold together? Count up by 2s!  Bonus: If on the road the 1st car in front of you is red, then the 4th car, then the 7th car…what’s the next red car to keep up the pattern?

Big kids: If people in your town bought 100 new cars this month, but 91 old cars went to the junkyard, how many more working cars are there now than a month ago?  Bonus: If every U.S. car owner had 2 cars of those 240 million, how many people would have cars — and how many of the 320 million Americans would NOT have a car?