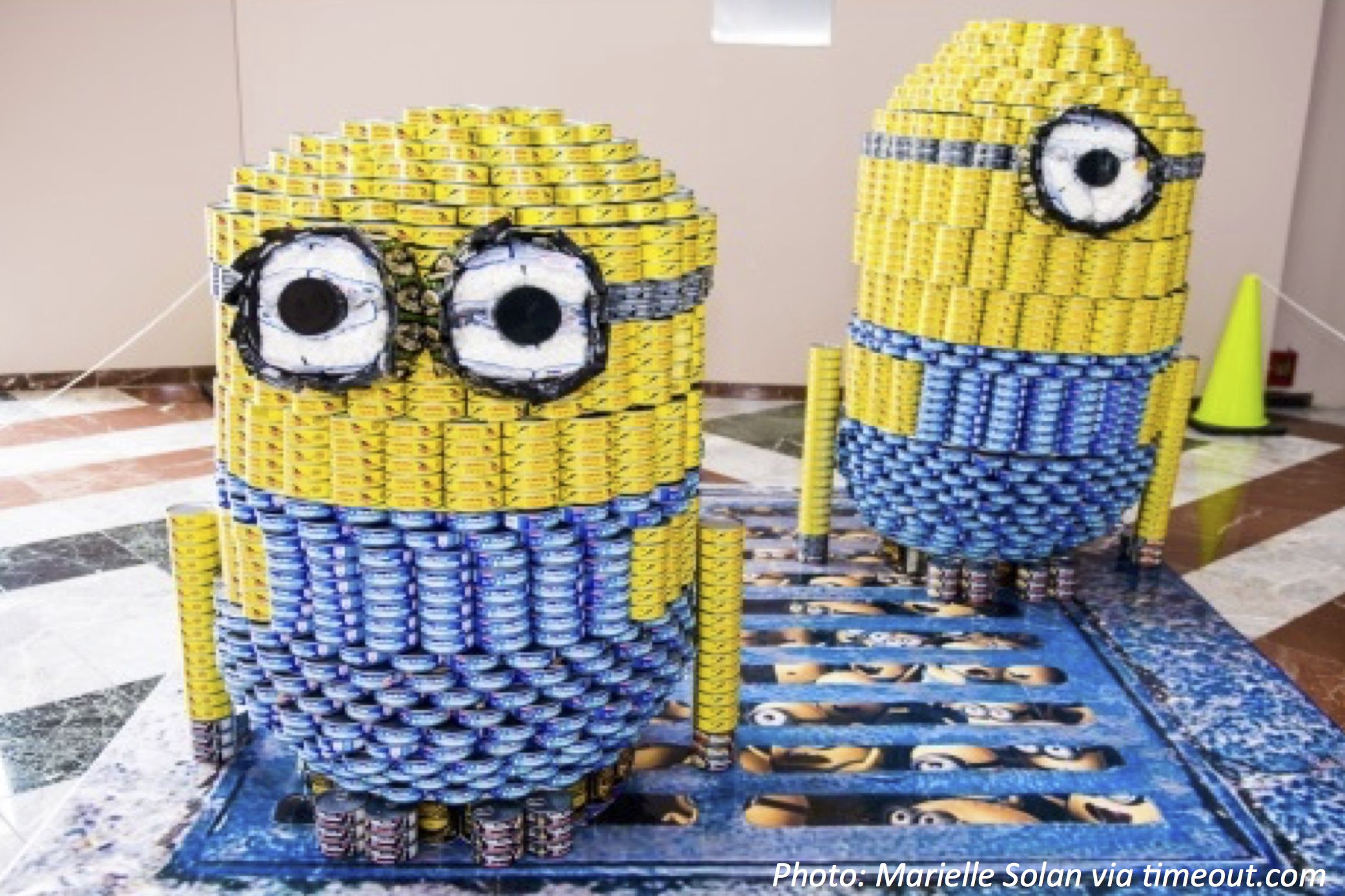 It’s awesome when people get together to build something really cool-looking — and even better when it helps other people. As our friend Suzanne D. shared with us, at Canstruction people around the country build giant statues out of cans of food. Then the cans are given to other folks who don’t have enough food. These Despicable Me minions are made of cans of tuna fish. Maybe Despicable Me is a good guy after all.

Wee ones: How many eyes can you count on the Despicable Me guys in the photo?

Little kids: If you stick on a red can, then a blue can then a red, then a blue…what color is the 7th can?  Bonus: If the front guy’s arms each have 10 cans, how many cans make up his arms?

Big kids: Each Despicable Me guy has what looks like 41 rows of cans top to bottom. If tuna cans are 2 inches tall, how tall are the statues?  Bonus: What does that equal in feet and inches — and how much taller than you are they? (Reminder: A foot has 12 inches.)

The sky’s the limit: How many cans did it take to build each of these statues? Do some guessing and some math, and see what you come up with! (You “can” assume the statue is hollow — just cans around the outside surfaces.)