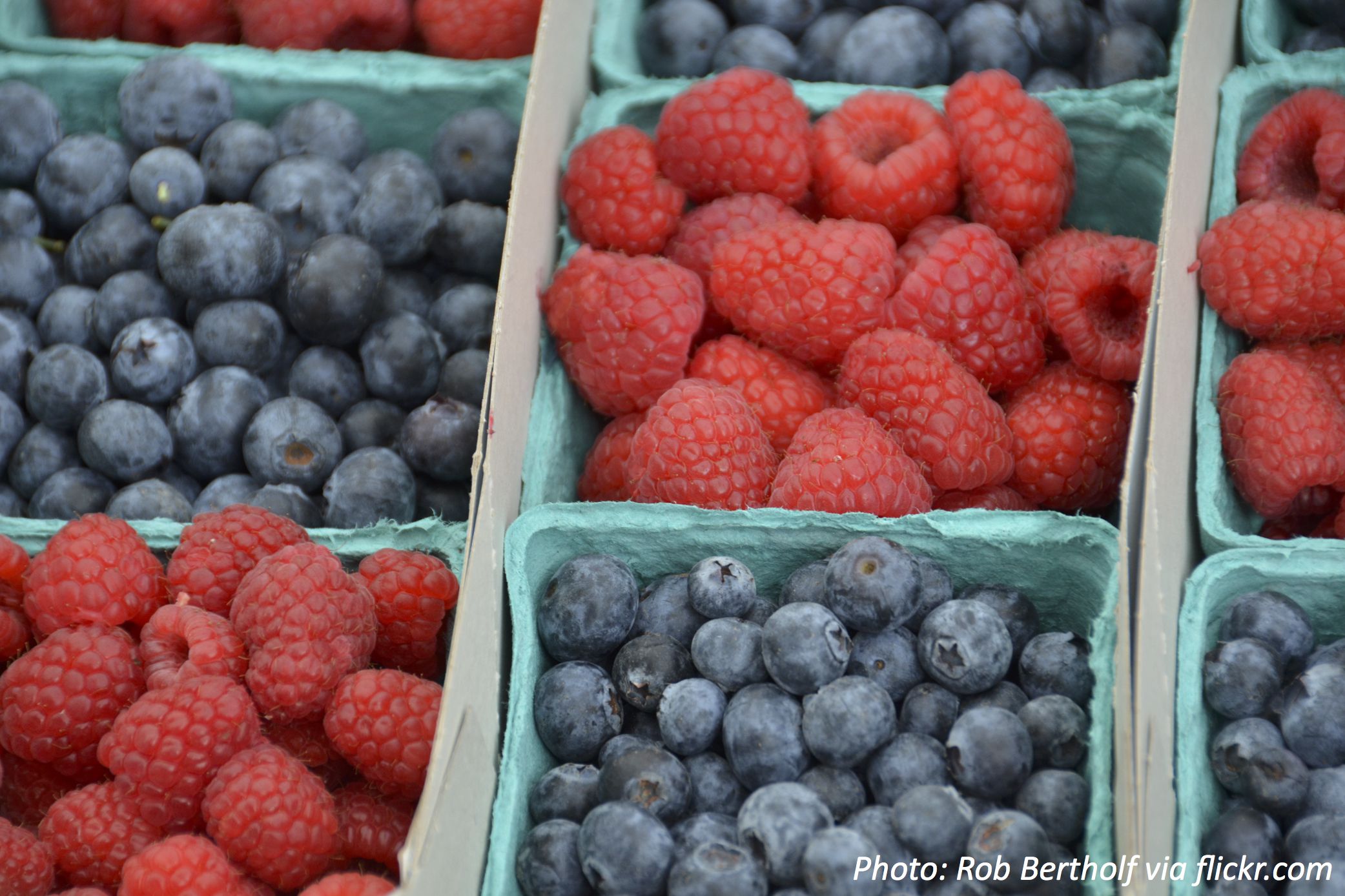 Summertime is berry time, because they’ve just come off the bush all juicy and messy. So our fans Nate and Imogen S. asked us, how many raspberries are harvested around the world in a year? And how many blueberries? Well, someone did figure out that there are 135 raspberries in a pound…and at least as of 2014, nearly 674,000 TONS of raspberries were grown around the world. A ton has 2,000 pounds, so that’s a lot of berries. Meanwhile, there are about 200 blueberries in a pound. There were “only” 578,000 tons of blueberries that year, but that adds up to more blueberries than raspberries. Whichever one you like better, though, don’t try to carry them in your pocket…

Wee ones: Blueberries really are blue. Try to find 4 blue things in your room!

Big kids: If you buy a pound of blueberries (200 total), how many do you each get if your family has 5 people who split them equally?  Bonus: How many *more* would each person get if only 4 people shared instead?

Answers:
Wee ones: Items might include sneakers, socks, jeans, the carpet, Lego pieces, or books.

Big kids: You each get 40 berries.  Bonus: Each person would get 10 more berries, since each would now get 50.