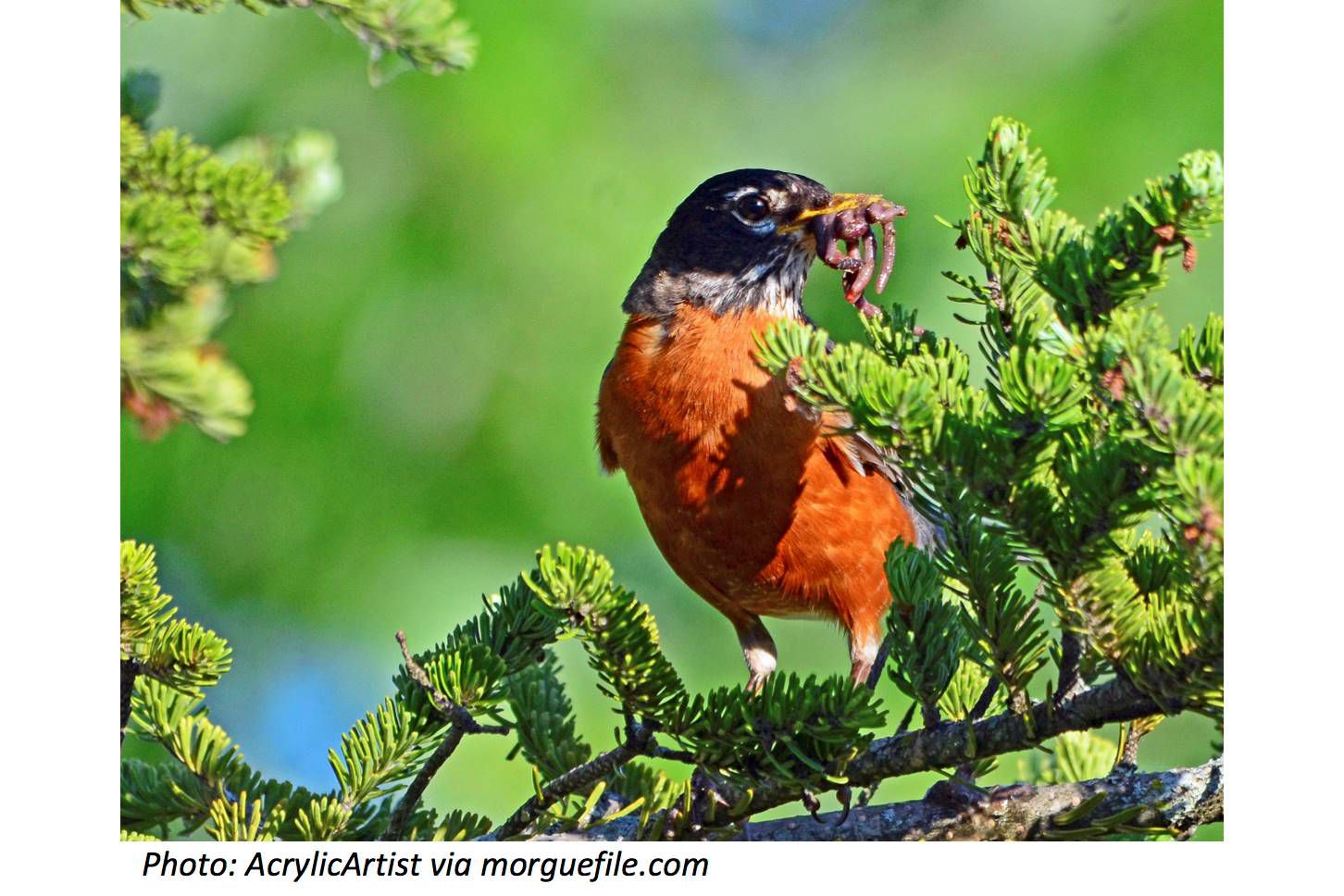 When we say someone “eats like a bird,” that should mean the person eats a LOT. Every day birds have to eat many times their weight in food so they have energy to fly. But hopefully eating like a bird doesn’t mean eating what a bird eats. Some birds eat tasty people-food like berries and fish. But a few feathery friends — the robin, the woodcock, and the warbler — all like worms. As the birds walk around, their stomping shakes up the earthworms underground and makes them move around, making it easy for the birds to find them. Girl robins eat more worms than boy robins, and warblers like fuzzy caterpillars even better. Yum!

Little kids: If 3 birds go hunting for worms, how many stomping feet do they have?  Bonus: If a bird pecks 10 times but grabs a worm only 3 of those times, how many pecks were misses?

Answers:
Wee ones: A worm!