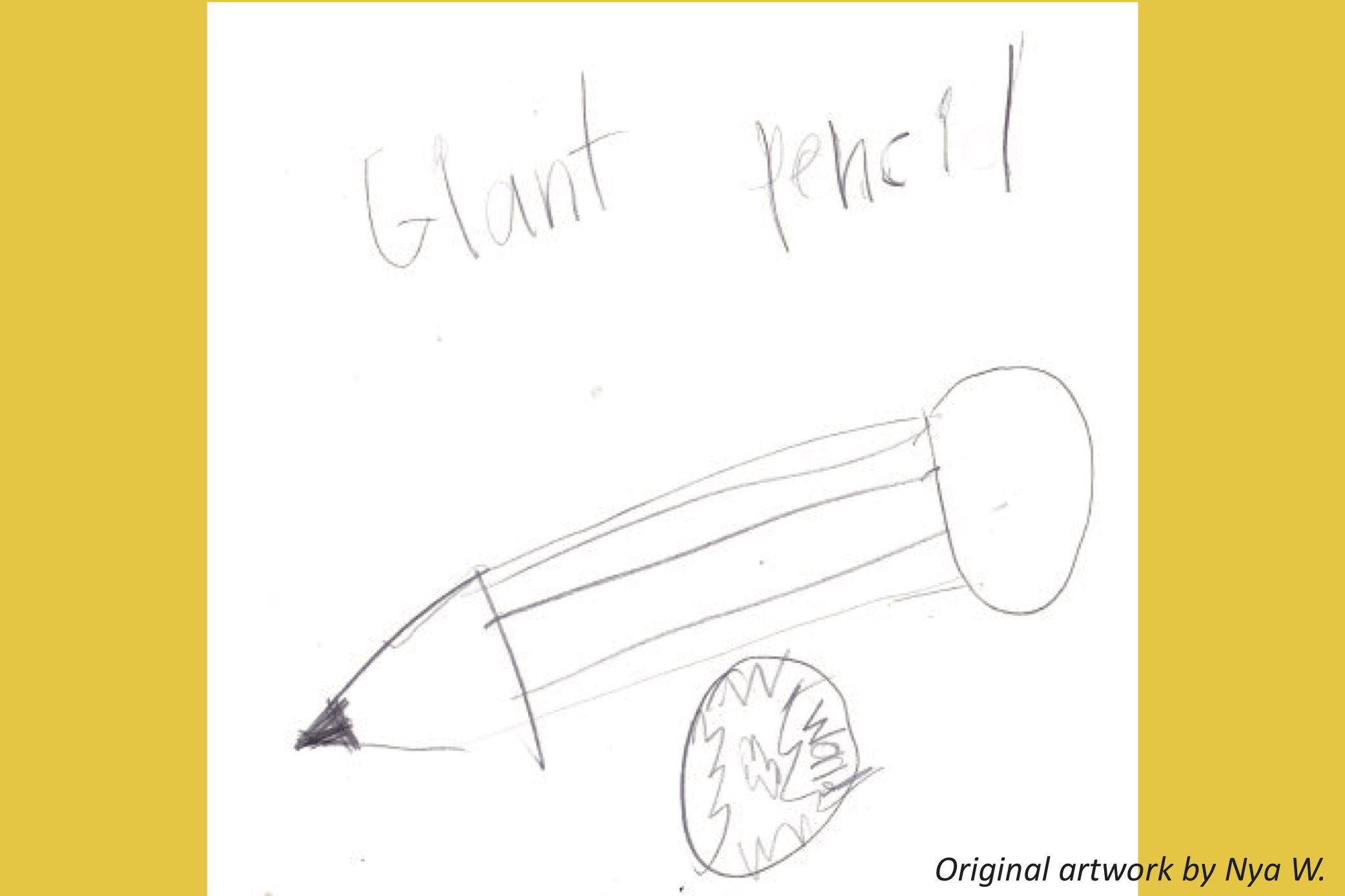 When you pick up a pencil, it weighs almost nothing. But our friend Nya W. asked, how big is the world’s biggest pencil? (and drew this great picture for us!) It turns out 2 pencils have set records, and they could both crush your hand. The world’s longest pencil stretched 3,582 feet, or 2/3 of a mile. It was as skinny as a real pencil, just really, really long. The biggest pencil that looks like a bigger real one was shorter, but at 76 feet long it weighed 18,000 pounds! The eraser by itself was 2 1/2 feet long, and the lead — the dark middle part that marks the paper — was 10 inches across and weighed 4,500 pounds by itself. You might want to stick with the pencils in your desk.

Wee ones: Find a pencil (or pen or crayon) and hold it against your longest finger so they start at the same spot at one end. Which one is longer?

Little kids: If you line up 7 pencils in a row, which number pencil is exactly in the middle?  Bonus: If you use up 1 foot of that 1,509-foot pencil by drawing, now how long is it? See if you can remember the whole number and subtract 1!

Big kids: The eraser made up 2 1/2 feet of that giant 76-foot pencil. How long was the rest of it? (Hint if needed: What if the eraser were just 2 feet long?)  Bonus: If you write your name in letters half as tall as that 76-foot pencil, how tall are those letters?

Answers:
Wee ones: Either the pencil or your finger could be longer.