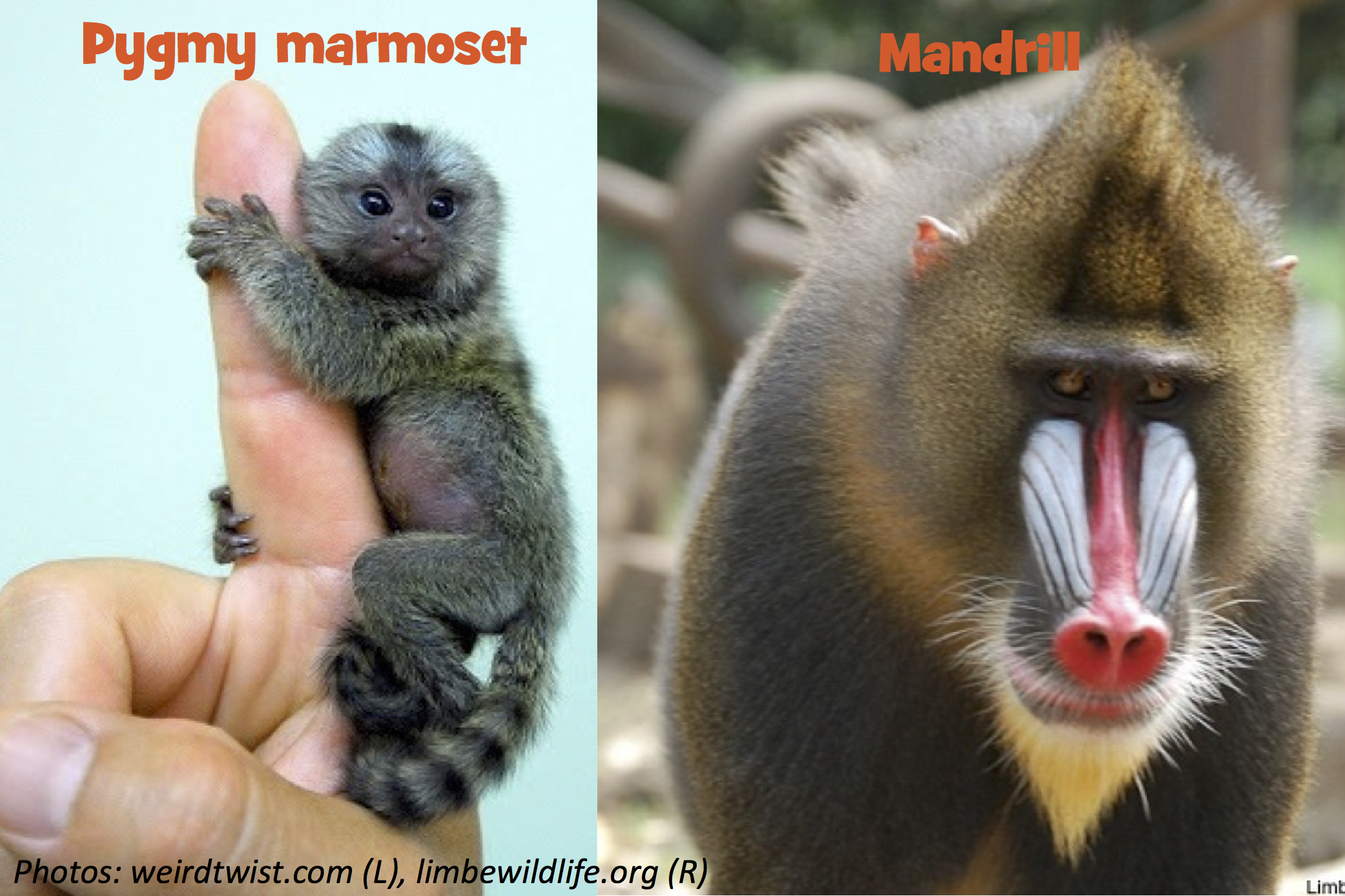 When we think of monkeys, we think of those long-armed wild guys swinging through the trees. But this guy can’t do that so easily. The pygmy marmoset is only about 5 inches long and weighs less than half a pound! As you see in the photo, he’s not going to swing from tree to tree very well…he might have to stick with dandelions or one of your Tinkertoy buildings. It’s the smallest type of monkey in the world. Meanwhile, his far-off cousin, the mandrill, is the biggest type of monkey, weighing in at about 75 pounds. That might be bigger than you are…and definitely too big to wrap around your finger.

Wee ones: If you have a teeny marmoset hanging on each finger of your right hand, how many monkeys are you holding?

Little kids: If a marmoset is only 5 inches tall and a banana is 8 inches tall, how high above his head does he have to reach to grab the tip?  Bonus: Who weighs more, a 75-pound grown-up mandrill or a 57-pound human kid?

Big kids: A grown-up marmoset weighs about 4 ounces. How many marmosets would have to pile up to match a pound of bananas? (Reminder if needed: A pound equals 16 ounces.)  Bonus: If a mandrill can climb a tree in 4 seconds and the pygmy marmoset takes 100 times as long, how long would the teensy monkey take, in minutes and seconds? (Another reminder if needed: A minute has 60 seconds.)