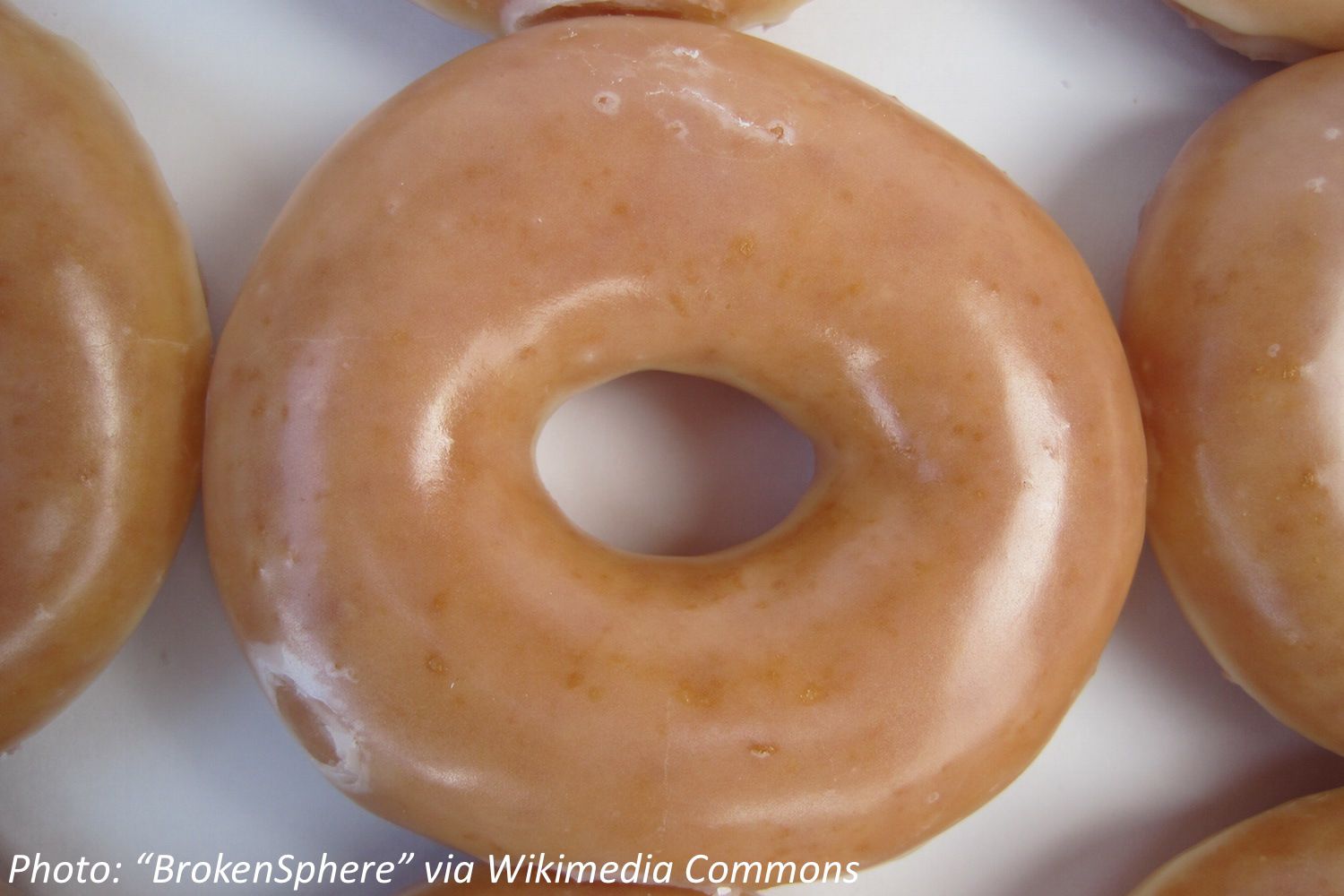 Today’s state is famous for a couple of very different things. It was in North Carolina in 1903 that brothers Orville and Wilbur Wright strung together sheets, sticks and a couple of propellers, and took off up into the sky. Their funky little machine became the first airplaneto fly! Can you imagine how that must have felt, to be the first people ever to fly off the ground? Thanks to them, we can now fly through the air without trying to flap our arms. People around the world fly on more than a million flights each day! The other really important North Carolina invention is Krispy Kreme donuts. The shop was started in Winston-Salem in 1937, and it’s said that 3.6 billion Krispy Kreme donuts have been sold (and eaten) since then. The question is, how many of those donuts can you fit on a plane?

Wee ones: Flap your arms 5 times while counting 1 to 5. Good thing we don’t have to fly like that!

Big kids: 4 donuts. Only the middle 2 rows have donuts that aren’t touching the edge, and then we have to take the left and right donut off each row, too. Bonus: 18 years from now!