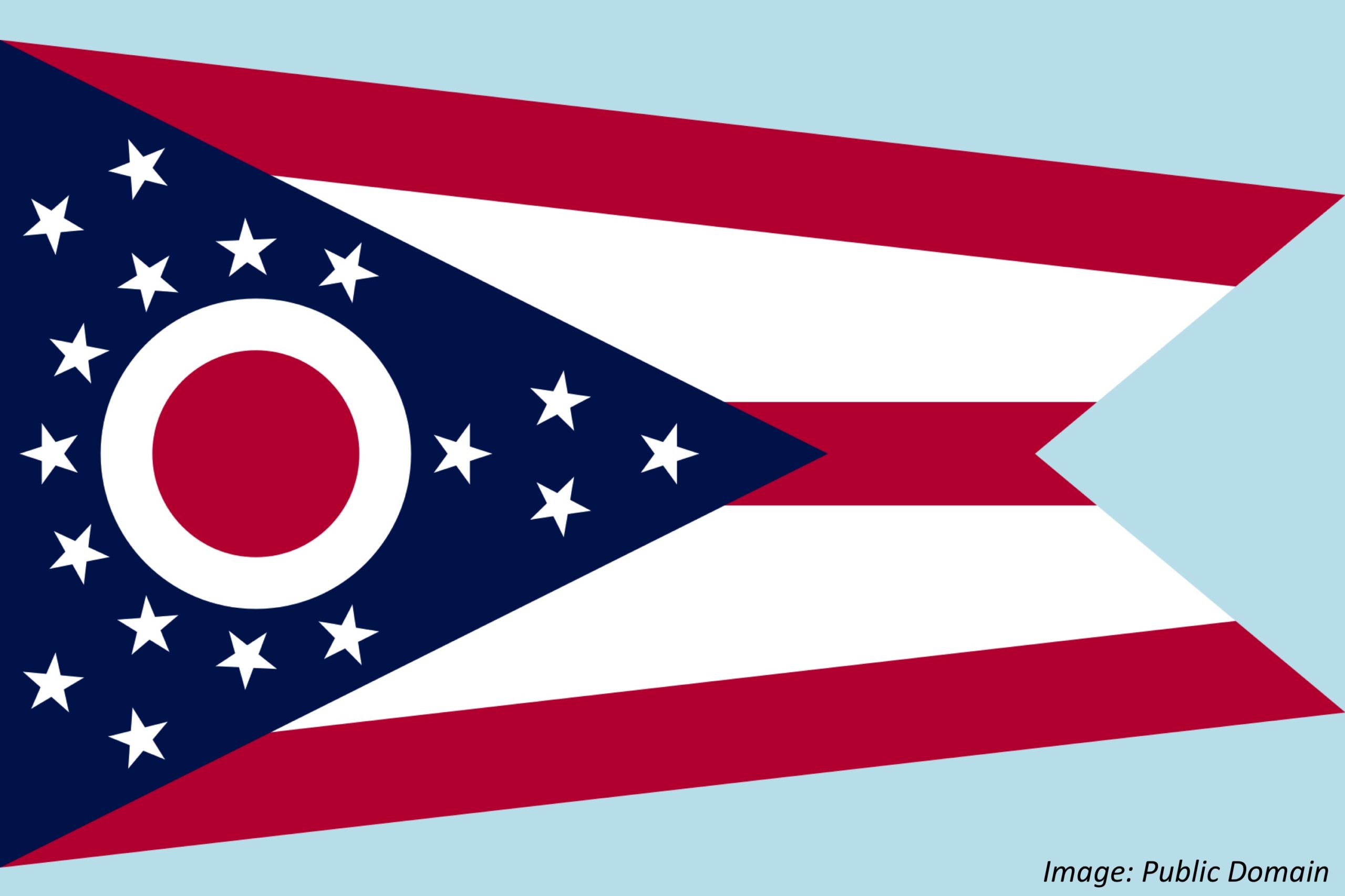 Today we say hello to the only state with a 5-sided flag: Ohio! Every other state’s flag is a rectangle. That O on the flag stands for Ohio, but also looks like another tasty treat from there: Life Savers! An Ohio man invented the donut-shaped candies in the summer of 1912, when he saw that everyone’s chocolate candies were melting. A second summer treat we can thank Ohio for: the hot dog. You know those long skinny dogs called dachshunds? An Ohio man was selling “dachshund sausages” at a baseball game in 1901, but ran out of wax paper to wrap them in. So he started putting the sausages on buns instead. People loved them, but couldn’t remember how to spell dachshund…so they started calling them hot dogs instead. Any state that comes up with Life Savers, hot dogs, and that flag is definitely not square!

Wee ones: How many colors can you count on Ohio’s flag?

Little kids: Can you count all the stars on Ohio’s flag? How many are there? Bonus: How many more stars are there than stripes?

Big kids: Today Americans eat 20 billion hot dogs every year! We eat 7 billion of those just during the summer. How many do we eat the rest of the year – and how do you “spell” that in digits? Bonus: If 2 hot dogs laid end to end are the same length as 40 Life Savers, how many Life Savers do you need to match 5 hot dogs?

Answers:
Wee ones: There are 3 colors to count: red, white, blue.

Little kids: There are 17 stars on the flag, because it was the 17th state to join the Union. Bonus: 12 more stars, because there are 5 stripes.