Home » Another Flag to Wave 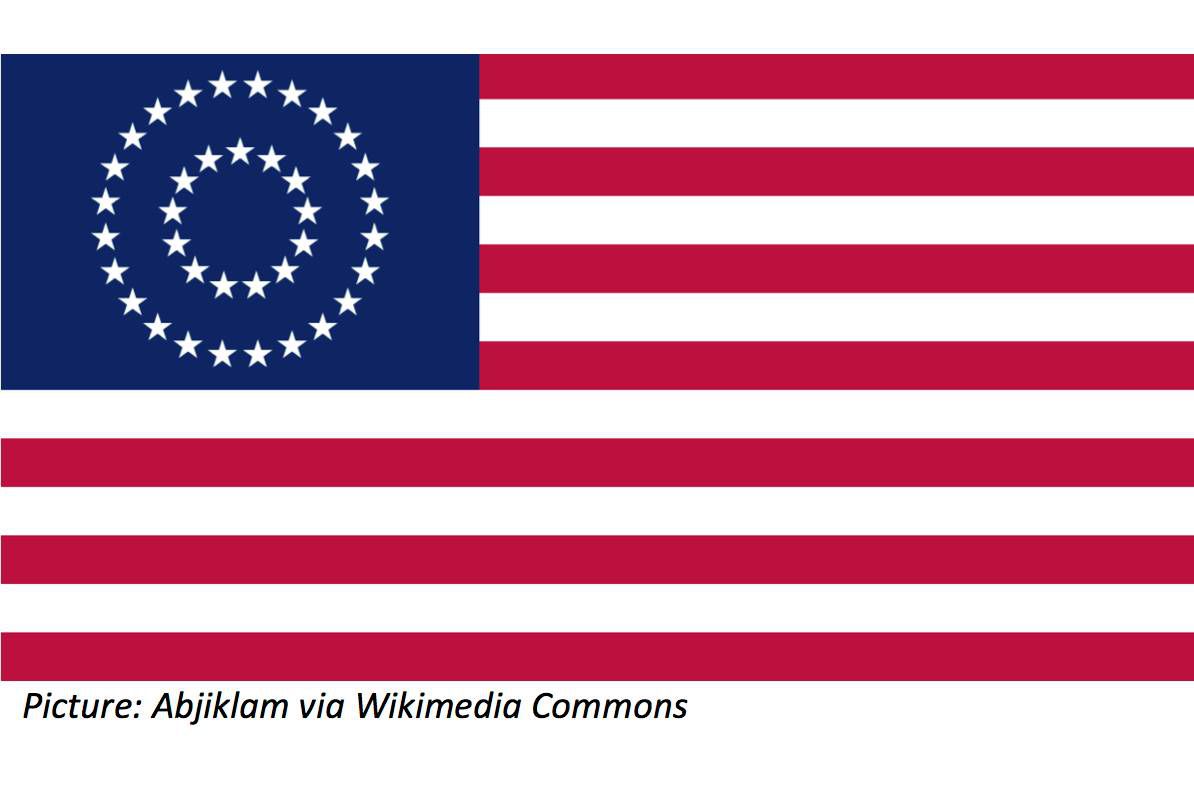 It’s Flag Day, when the U.S. celebrates its starry, stripy flag of red, white and blue. The thing is, ever since we became a country, we haven’t all celebrated the same flag. Remember, America started off with 13 colonies, which became the first 13 United States. So the flag in 1777 had 13 stars in a circle, one star for each state. Then in 1795 we added Vermont and Kentucky, so the stars had to move around to fit 15, this time in rows. Then in 1818 we added 5 more states, bringing the total to 20 — yet another star line-up. Since then the flag has changed more than 20 times. Our current 50-star flag was born in 1960, and is the longest-lasting flag we’ve had!

Wee ones: How many points does each little star have?

Little kids: Which had more stars, the flag for 15 states or the one for 13 states?  Bonus: In our flag now, the long rows have 6 stars and the short rows have 5 stars. How much longer are the long rows?

Big kids: The 20-star flag had all rows of 5 stars. How many rows of stars must there have been?  Bonus: The cool circles-of-stars flag here is from 1867, when Nebraska became the 37th state. The outside circle has 11 more stars than the inside circle. How many stars must each one have?