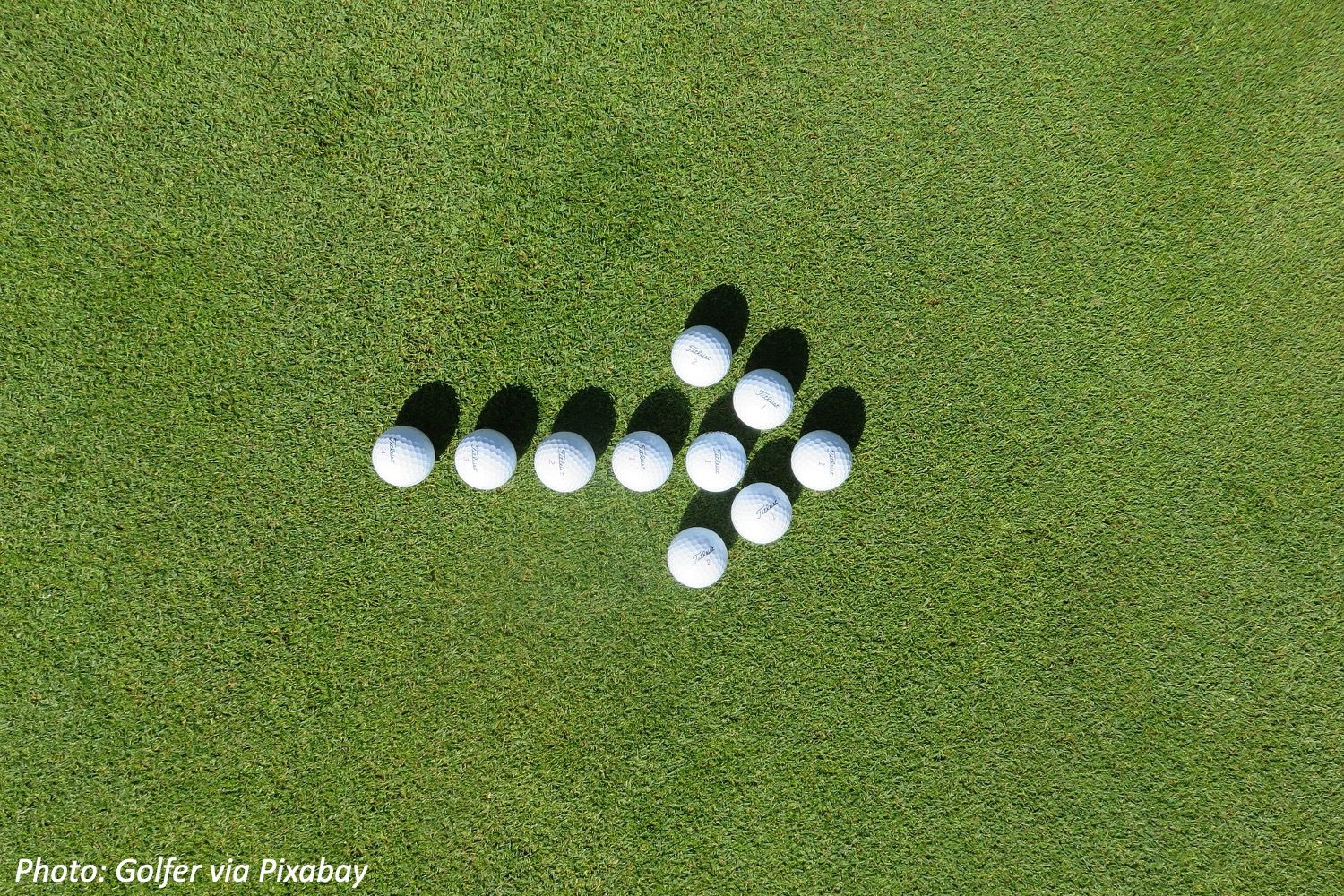 Golf is a funny sport: scoring a lot of points is bad! That’s because you score a point every time you whack the ball with the stick (called a “club”). Whoever hits the ball the fewest times to get it into the hole scores the fewest points, and wins. But that’s just one way to play golf. Some people think you should play as much – and as quickly – as you can. So they invented “speed golf,” where you run from hole to hole and play as many holes in a day as you can. One speed golfer, Jurg Randegger, hit and chased a ball for 12 hours straight, playing 252 holes! He set a new world record to raise money for the Special Olympics. Now that’s what you call a good game – or 14.

Wee ones: If you hit the golf ball 5 times, what numbers do you say to count along?

Little kids: If you’re speed golfing and score 3 on the 1st hole and 4 on the 2nd hole, what’s your total score so far? Bonus: If you keep up that pattern, scoring 3, then 4, what’s your score on the 12th hole?

Big kids: If Jurg played 252 holes in 12 hours, did he play more than 20 holes per hour? Bonus: If you play all the holes on a golf course, it’s called a “round”. If Jurg played 14 rounds that added up to 252 holes, how many holes were in each round?

Little kids: 7. Bonus: 4. You score 3 on every odd-numbered hole, and 4 on every even-numbered.