Home » How to Be a Juggler! 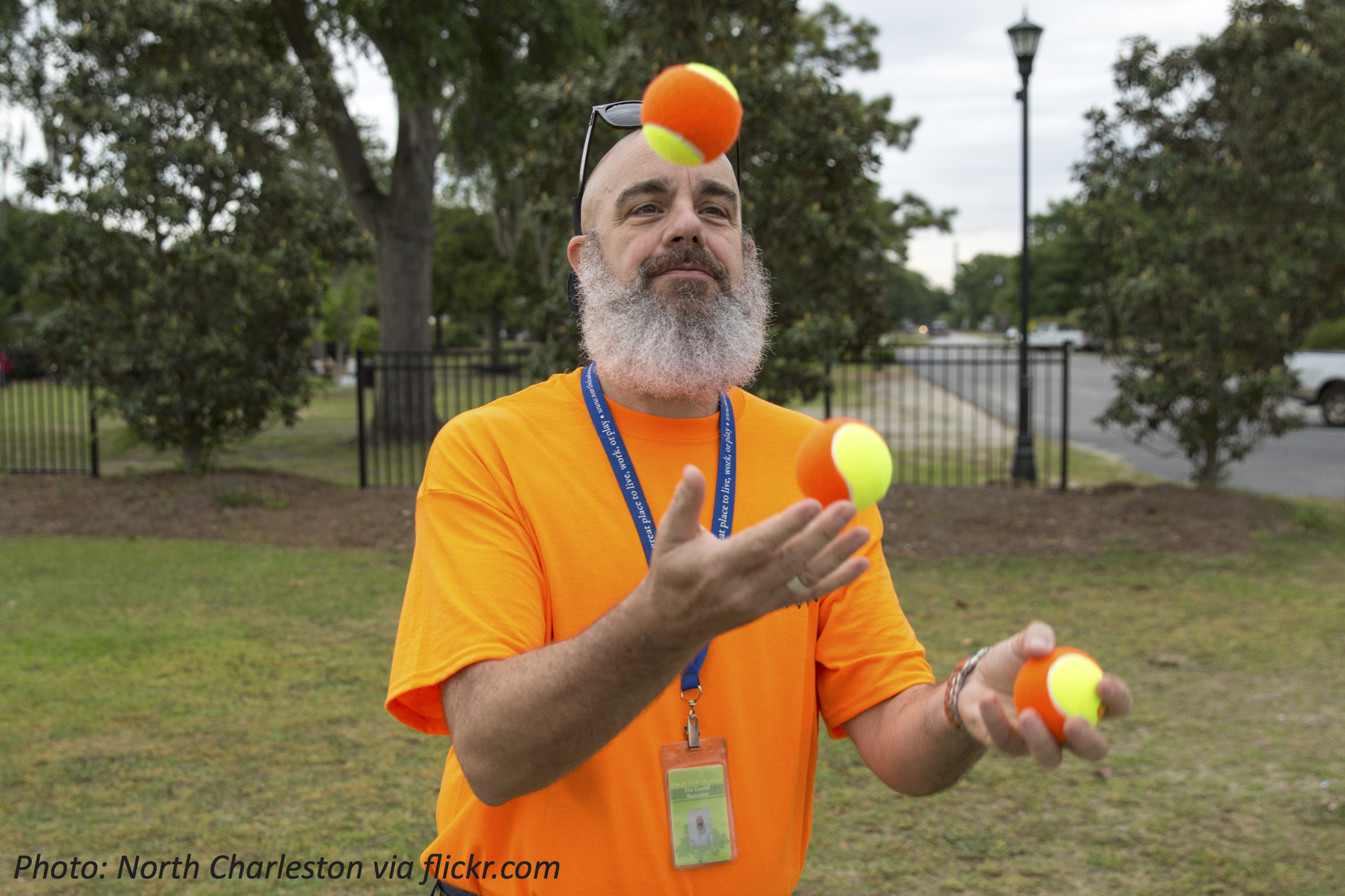 It’s International Juggler’s Day, a day all about the amazing act of juggling. It’s hard enough to catch a ball with one hand. But to toss a whole bunch of them into the air and catch them over and over with your 2 hands — that’s something else! There are two basic ways to juggle: throwing the balls, bananas or bean bags up and around in a circle, or throwing them across each other in an X. The more things in the air, the harder it is. The world record for the most balls juggled is 11, set by Alex Barron in 2012. He made 23 catches in a row! Meanwhile, the record for juggling flaming torches is 7, held by Anthony Gatto back in 1989. The rest of us are better off practicing with bananas.

Little kids: It’s easier to juggle odd numbers of things than even numbers. If you have 6 bananas, what are the 2 closest odd numbers?  Bonus: If you have 8 flaming torches and your friends each want to practice with just 3, how many friends can you give 3 torches, and how many are left over?

Big kids: If Alex juggled 11 balls and made 23 catches, with the balls caught in the same repeating order, how many balls were caught more than twice?  Bonus: If each ball weighed 6 ounces, how many pounds of balls was he throwing? (Reminder if needed: A pound has 16 ounces).

Answers:
Wee ones: A banana.

Big kids: Just 1, since the 11 balls went through 2 catches each to make the first 22 catches.  Bonus: 4 pounds 2 ounces. They weigh 66 ounces total, and 64 ounces is the biggest multiple of 16 that’s still less than that.