Home » How to Blow Up a Watermelon 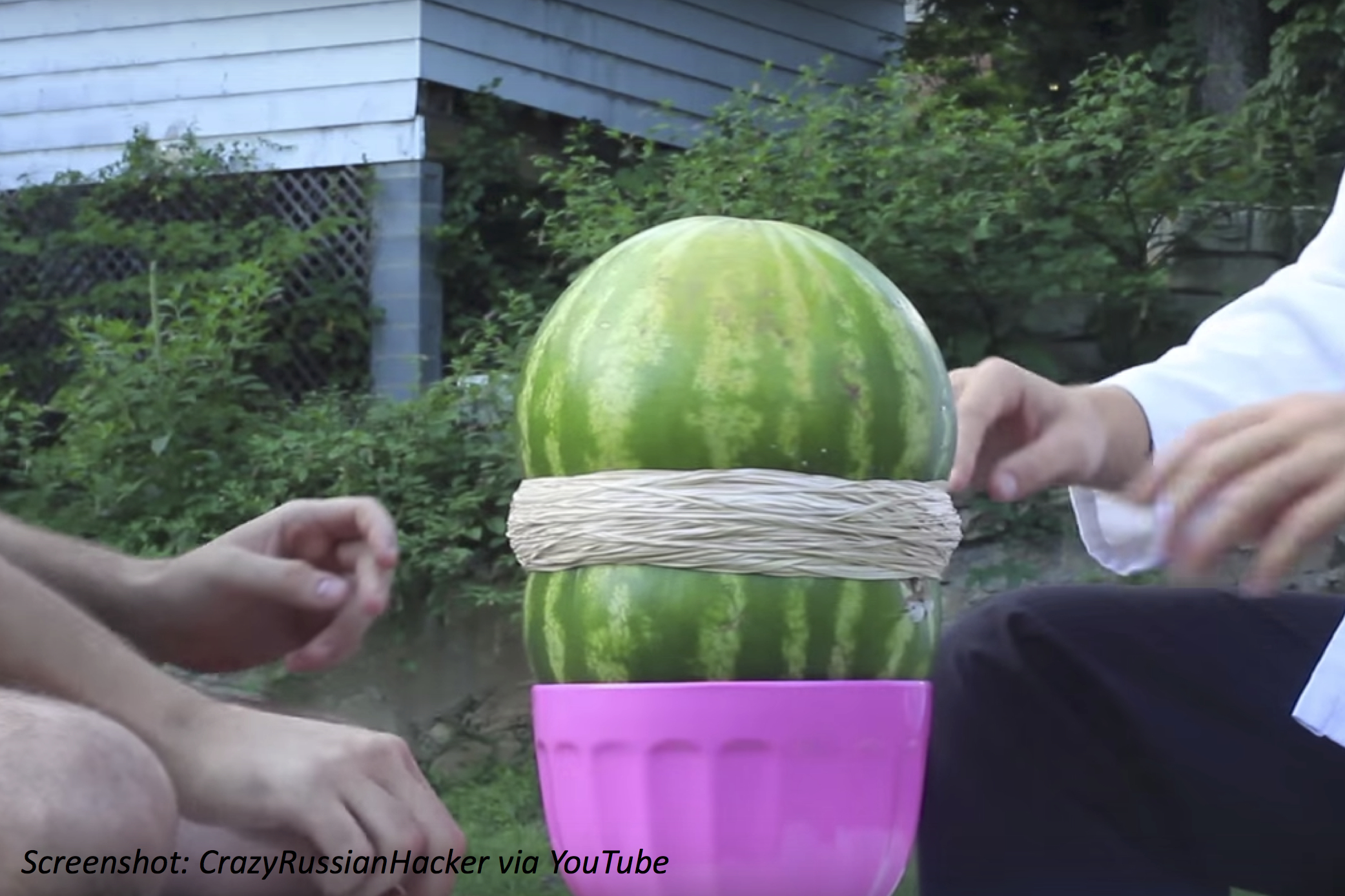 One of the coolest, juiciest summer treats is watermelon. This giant fruit grows out of a flower on a plant, so it’s actually a berry. You may have tried watermelon, but we bet you’ve never tried to make one explode. Crazy Russian Hacker and his brother strapped lots and lots of rubber bands around a watermelon. Eventually the rubber bands squeezed the watermelon so tightly that they crushed it. This video shows the guys nervously strapping the rubber bands onto the waiting watermelon. Watch to see the explosion in slow motion — and the cool rubber band ball it makes at the end!

Wee ones: Find 3 green things in your room, and line them up from smallest to biggest.

Big kids: If the guys just strapped on the 60th rubber band, what number band came 3 bands before that one?  Bonus: The world’s record-breaking watermelon weighed 350 pounds. How much more than you does it weigh?

Answers:
Wee ones: Items might include clothes, leaves or blades of grass, crayons or Lego. Try lining them up!

Big kids: The 57th band.  Bonus: Different for everyone…subtract your weight in pounds from 350!