Home » Soccer for Your Car 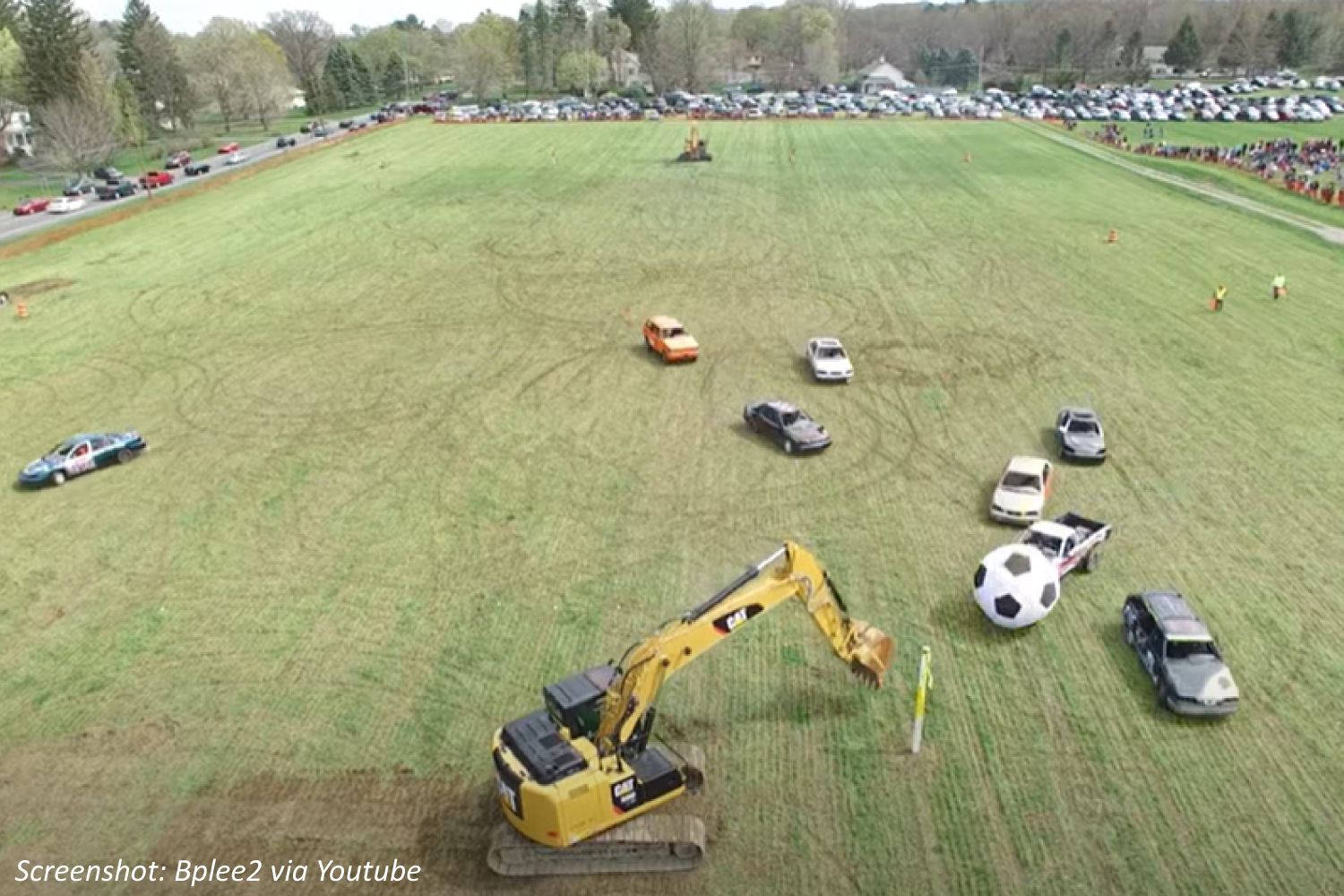 It’s easy to kick a soccer ball, since it’s so much smaller than you. But try kicking one that’s as tall as your bedroom ceiling! Our fan and friend Tyler M. sent us a great video of Trackhoe Soccer, where cars and trucks play big soccer with an 8-foot-high ball. In regular “people” soccer, each team tries to kick the ball into the goal at the end of the field, while the other team tries to stop them. Here, cars are the players, and 2 big yellow diggers (“excavators”) are the goalies. Cars and trucks can’t kick, of course, so they drive, skid and turn to push the ball. We just hope they don’t crash into each other.

Wee ones: How many cars, trucks and diggers can you count on the soccer field?

Little kids: What do you call the 5-sided black shapes on the soccer ball?  Bonus: If the car team scores 1 goal, then the truck team scores 2 goals, then cars score 1, then trucks score 2…which team scores the 10th goal to keep the pattern?

The sky’s the limit: If there are equal numbers of cars and trucks, and 1/2 the cars and 2/3 the trucks are red, and there are 2 more red trucks than red cars…how many trucks are there?

Little kids: Pentagons.  Bonus: The car team, since trucks will score goals 8 and 9.

Big kids: In 2014. Remember, you can’t just subtract 3, since that would bring you to year “zero” when there was no game.  Bonus: 12 white and 6 colored. If there are twice as many whites, it’s like a set of colored cars and 2 more sets the same size, making 3 “sets” total.