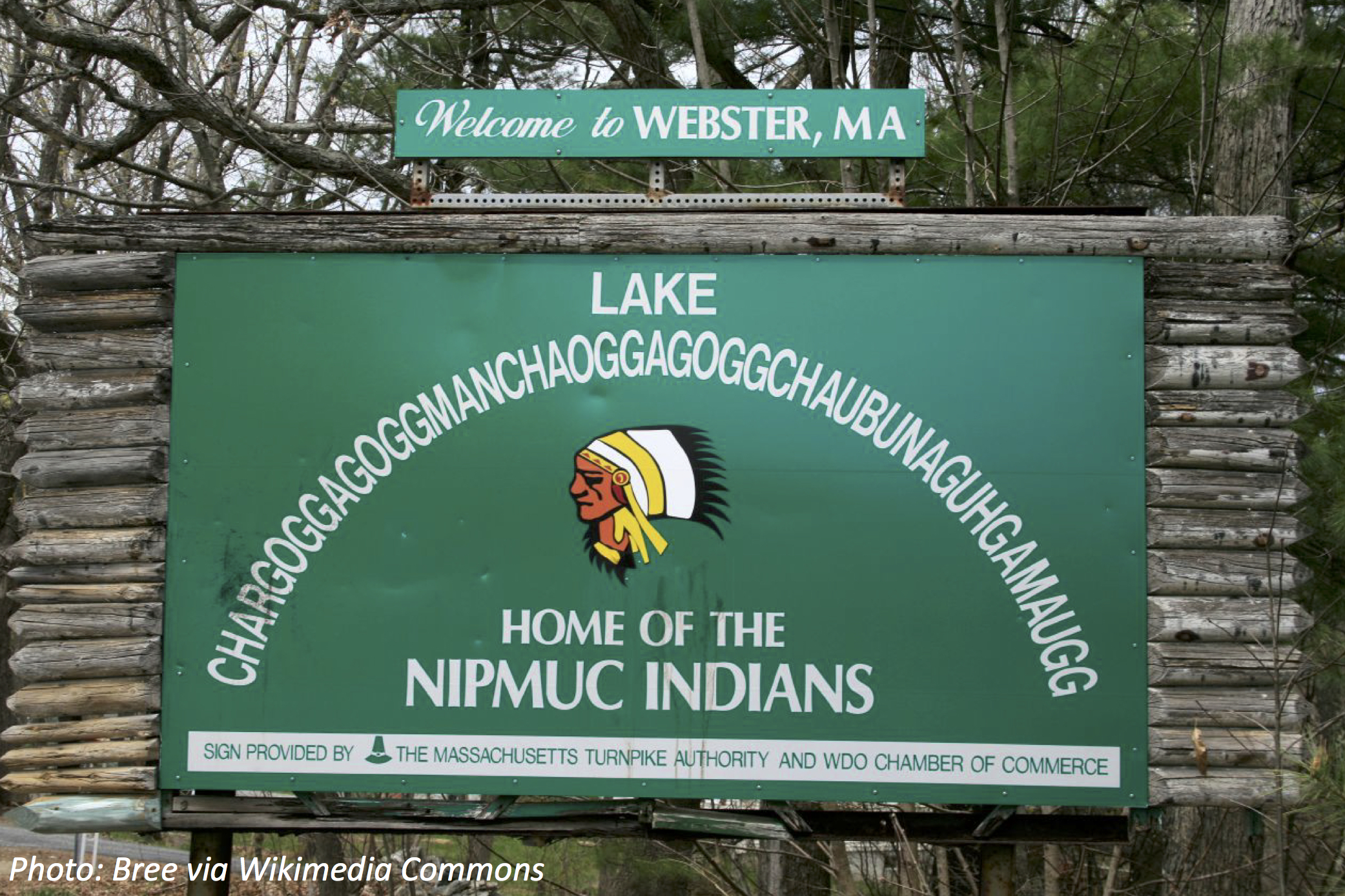 If you’ve wondered what place in America has the longest name, there’s a clear winner. Chargoggagoggmanchauggagoggchaubunagungamogg is the real name of a lake in Massachusetts. It has 44 letters in it including 15 g’s! Named by the Nipmuck Indians, it means something like “You fish on your side, I’ll fish on my side, and no one fishes in the middle.” Most people agree that that’s what it means, but no one can agree on how to spell it. The spelling on the town’s website doesn’t match the lake’s road sign pictured on that same page, and some folks say both spellings wrong. Maybe that’s why people just call it Lake Webster. The funny thing is, it’s the longest lake name in the world — but not the longest name of any place, as we’ll see here!

Wee ones: Which has more letters, your first name or your last name? Are they the same?

Little kids: How many letters does the name of your town have?  Bonus: Chargoggagoggmanchauggagoggchaubunagungamogg has 14 “syllables” (the number of times your mouth opens). How many more syllables does it have than your first name?

Big kids: A town in North Wales called Llanfairpwllgwyngyllgogerychwyrndrobwllllantysiliogogogoch probably has the longest place name in the world, with 58 letters (it means “St. Mary’s Church in the hollow of the white hazel near the rapid whirlpool of Llantysilio of the red cave”). How many more letters does it have than the 44-letter lake?  Bonus: That town name has 11 Ls. If you swap the town’s 11 Ls with the lake’s 15 Gs, how much longer is the new town name than the lake name?

The sky’s the limit: If a crazy town name has a vowel every 4th letter, and a letter in the 2nd half of the alphabet only every 6th letter, what’s the 2nd letter that could be an O?

Answers:
Wee ones: Different for everyone…count up your first and last name letters, and compare!

Little kids: Again, different for everyone…count ’em up!  Bonus: Find the syllables in your first name by counting how many times your jaw drops, then subtract from 14.

The sky’s the limit: The 24th letter, because the first that could be an O is the 12th.