Home » What Does the Dolphin Say? 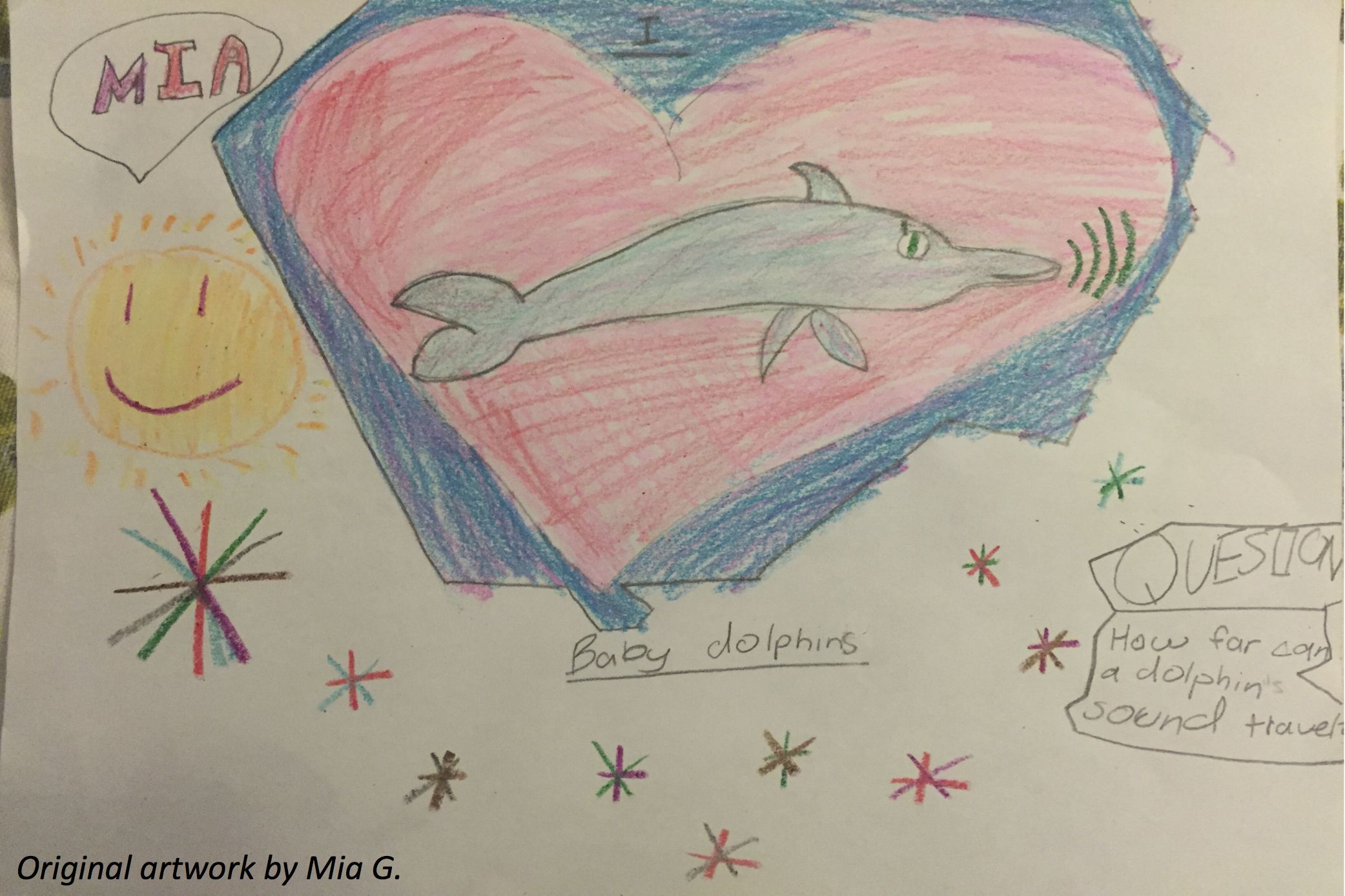 Lots of animals love to make noise, as we talked about the other day. But one of the coolest might be the dolphin. Our fan Mia G. asked, how far does a dolphin’s sound travel? (and sent this awesome drawing!) It turns out dolphins make all kinds of sounds: clicks, squeaks, whistles, and creaking noises. Bottlenose dolphins make as many as 2,000 squeaks per second; the sounds bounce off objects, telling the dolphins how far away they are. This works best within 700 feet. Along with that, dolphins make clicking sounds to talk to each other, and every dolphin makes its own special whistle sound that is different from all others’ (like fingerprints on us humans). Now the trick is to figure out what they’re saying!

Wee ones: If there are 5 dolphins in a “pod” (group) and 1 dolphin has a baby, how many dolphins are there now?

Little kids: If you get to feed the dolphins every other day starting on Sunday, what other days that week do you feed them?  Bonus: Dolphins can leap up to 15 feet in the air! How high above your head is that (if you’re standing at pool edge)? Find your height in feet!

Big kids: If 20 dolphins are dancing and every 3rd one is waving its left flipper, how many at most could be doing that? (You can pick which dolphin is the 1st waver.)  Bonus: It takes about 20 seconds to sing the ABCs. How many squeaks can a dolphin make in that time at 2,000 squeaks a second?

Little kids: Tuesday, Thursday and Saturday.  Bonus: Different for everyone…subtract your height in feet from 15.