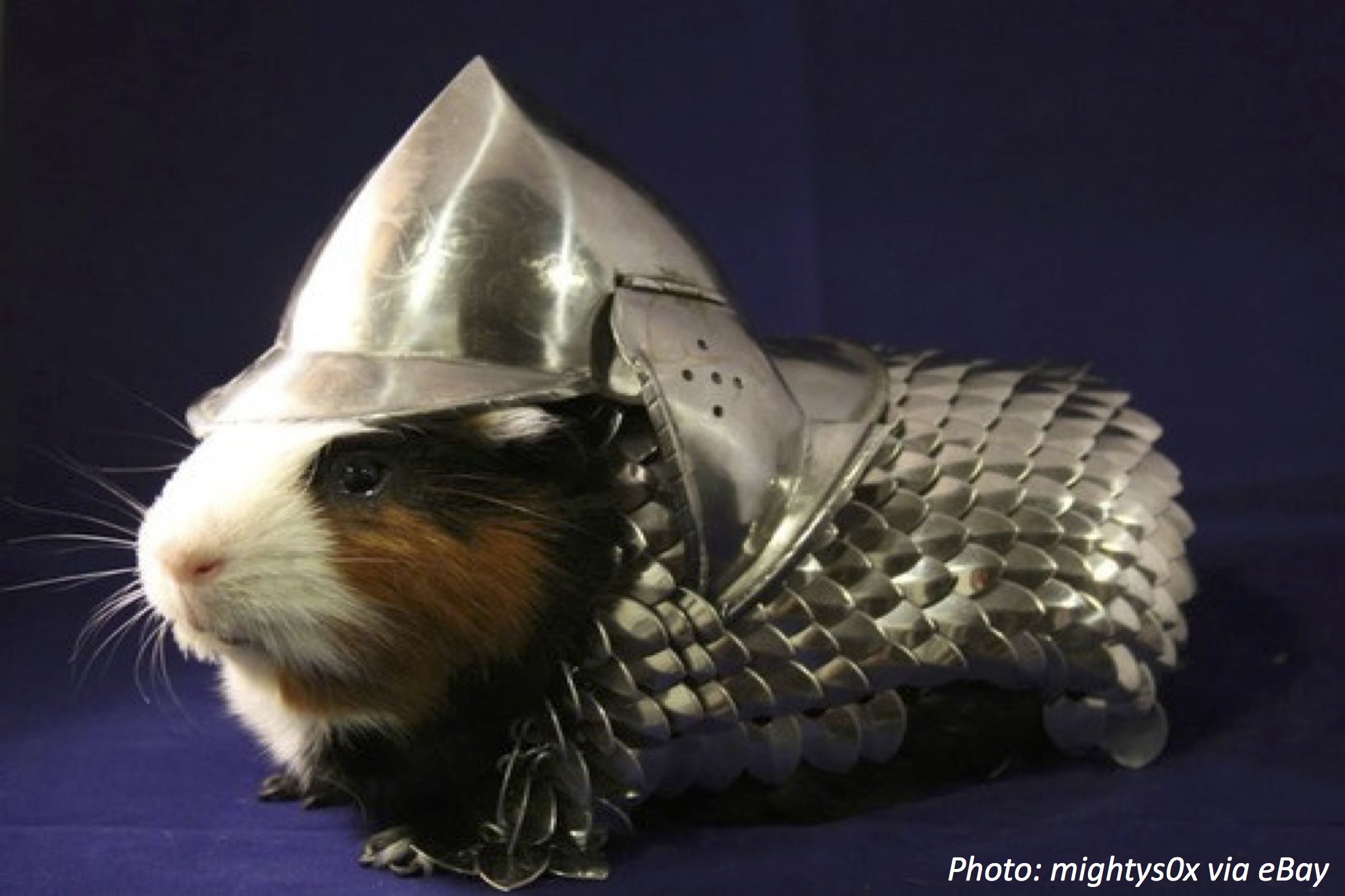 You might not be a knight in shining armor, but your pet could be. We just love that someone made this suit for his furry pet guinea pig, Lucky. Armor is metal clothing that long-ago soldiers called knights used to wear hundreds of years ago. It kept them safe from enemies swinging swords at them. Metal is stiff and heavy, though, making it hard to move around while wearing it. So the metal had to be linked together in lots of tiny pieces, like chains. That’s why it’s called “chain mail” armor. Who knows why Lucky needs chain mail — when is he going into battle with anyone? But he sure looks handsome. Looks like other guinea pig owners liked it, too: the suit sold online for more than $1,000!

Wee ones: If your guinea pig weighs 2 pounds and that little suit of armor weighs 3 pounds, which one weighs less?

Little kids: If you and Lucky suit up for battle, how many legs do you have together?  Bonus: If you need to link together 60 loops to make the armor, what numbers do you say to count them off in 10s?

Big kids: If your Under Armour underwear costs $100, how many pairs could you buy instead of the $1,000 guinea-pig armor?  Bonus: If you wear real metal armor that weighs 1/2 of what you weigh, and you and the armor weigh 75 pounds, what do you weigh?