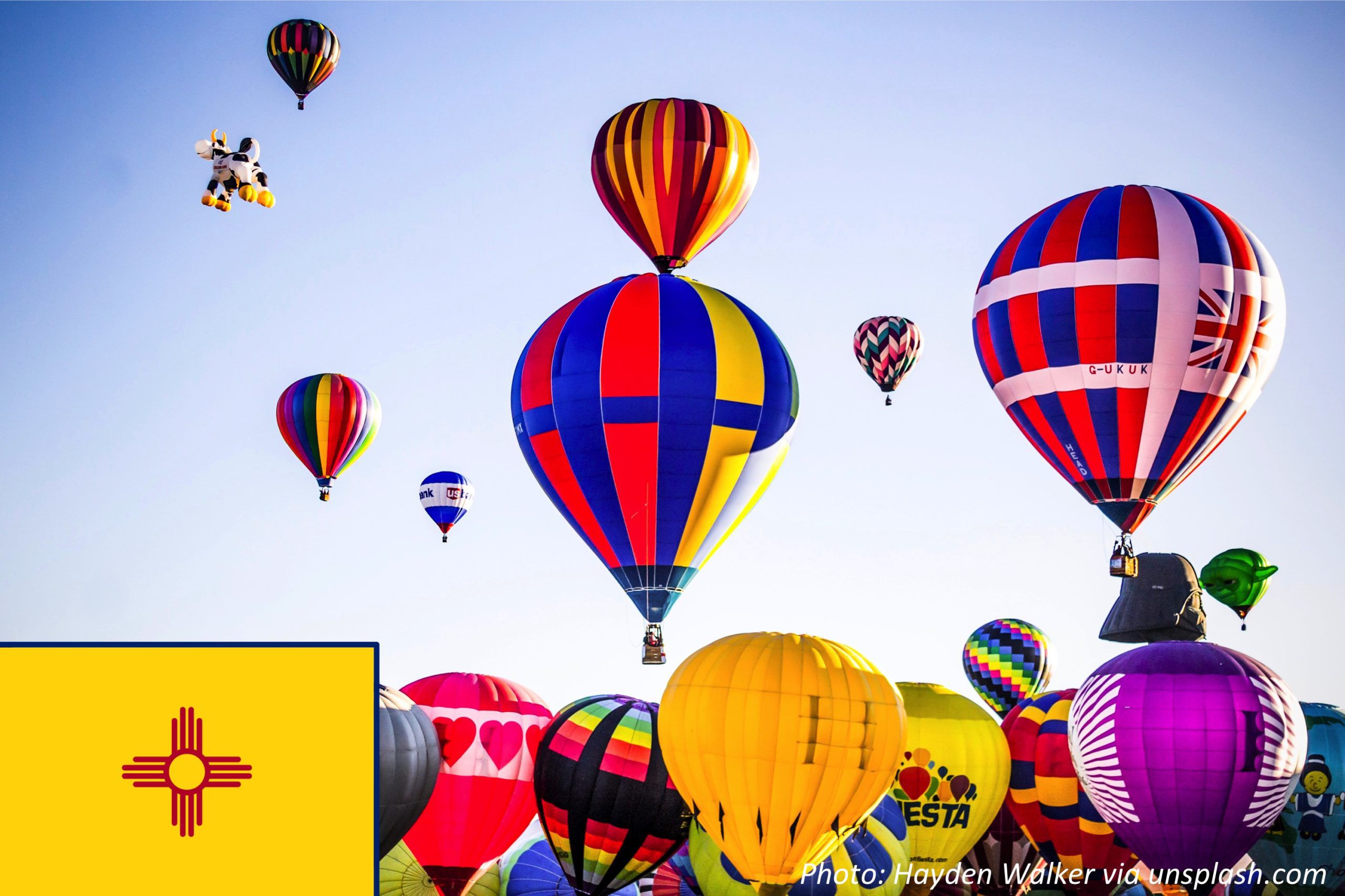 It’s more than 100 years old, but New Mexico is still newer than (New) Hampshire, Jersey, and York. And the people of New Mexico have some fresh ideas, too – like the World Shovel Race Championships! That’s just what it sounds like: people sit on snow shovels and slide super fast down a mountain. Last February was the 40th annual race. The winner hit a top speed of 64 miles per hour, which is fast enough to get a speeding ticket on some highways. For those who enjoy floating up rather than sliding down, there’s the International Hot Air Balloon Festival in Albuquerque every October. This festival has hundreds of hot air balloons that look like castles, sheep, and all sorts of wild shapes. Whatever your speed, “The Land of Enchantment” has something for everyone.

Wee ones: Look at New Mexico’s flag in the lower left corner of the picture. What shape is the flag’s center?

Big kids: If you went exactly 1/2 as fast as the winning 64 mph shovel racer, how fast would you go? Bonus: What if you went 1/4 of the winning speed?

The sky’s the limit: If a shovel racer went in a straight line at a constant speed of 60 mph and finished the racecourse in 15 seconds, how long is the racecourse?