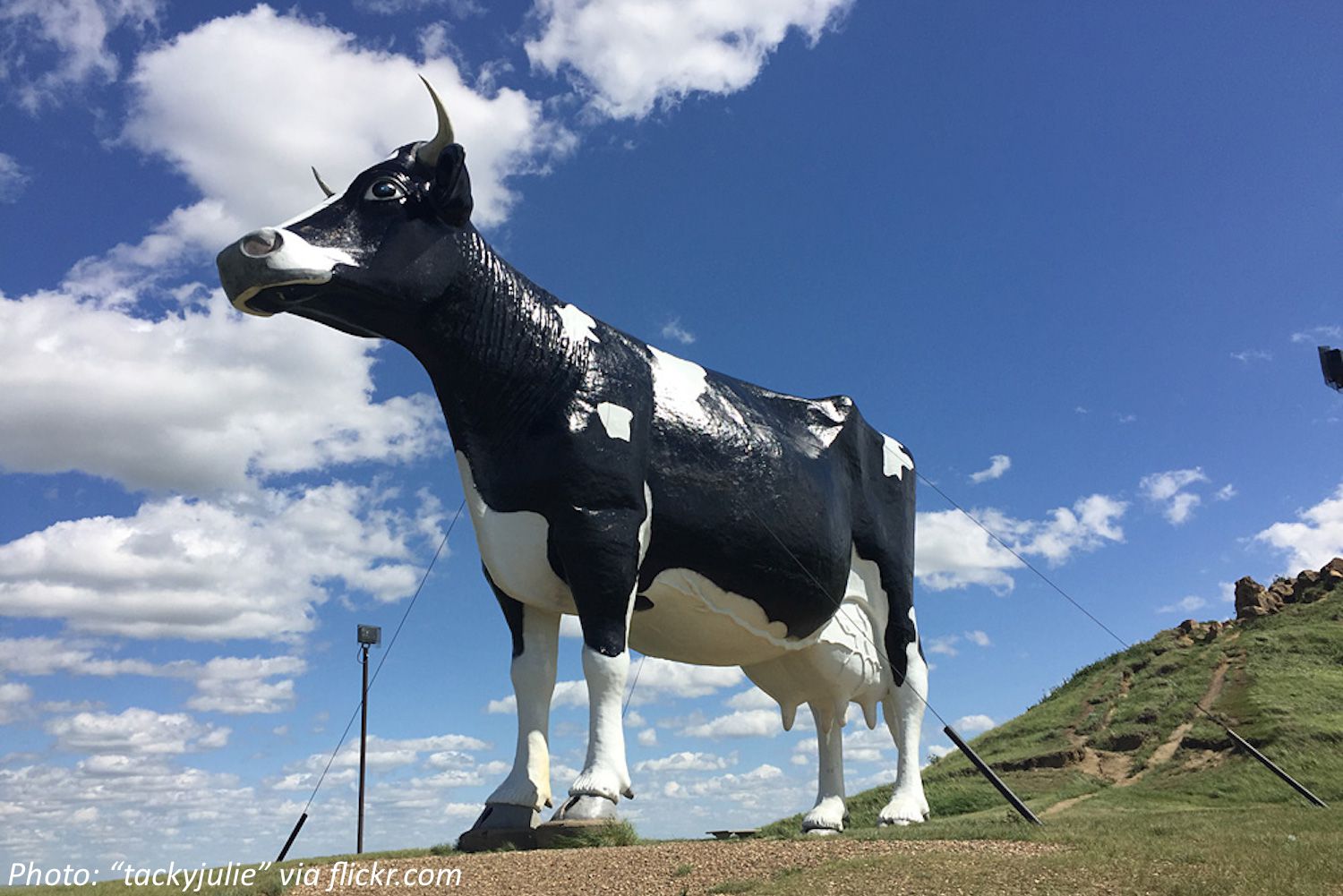 Today we’re visiting either the 39th or the 40th state to join our country: North Dakota! We don’t know whether North or South Dakota became a state first. The President at the time, Benjamin Harrison, didn’t want either state bragging about being first, the way your older sibling might. So he shuffled the certificates that made them states and signed without looking. What we do know is that Mr. Bubble bubble bath was invented here, which might be more important. It also produces the most honey of any state. But what will really make you say “Holy Cow!” is Salem Sue. Salem Sue is the world’s largest statue of a Holstein cow, standing 38 feet tall, 50 feet long, and weighing 6 tons. That sure makes her easy to spot.

Little kids: If North Dakota was the 40th state, how many of our 50 states became states after it? Bonus: If 1 bottle of bubble bath can last you 10 days, but lasts a cow only 2 days, how many bottles of bubble bath will the cow use in the time you use 1?

Big kids: If an average Holstein cow stands 5 feet tall, how many cows would need to stand on each others’ shoulders to be taller than 38-foot tall Salem Sue? Bonus: If there are 1.75 million cows and there are twice as many cows as people in North Dakota, can North Dakota have more than 1 million people?


Answers:
Wee ones: Objects might include socks, shoes, bedsheets, cellphones…and for black and white together, printed pages from books!

Big kids: 8 cows, since that would make them 40 feet tall. Bonus: No, there would have to be at least 2 million cows to keep the 2:1 cow:people ratio.