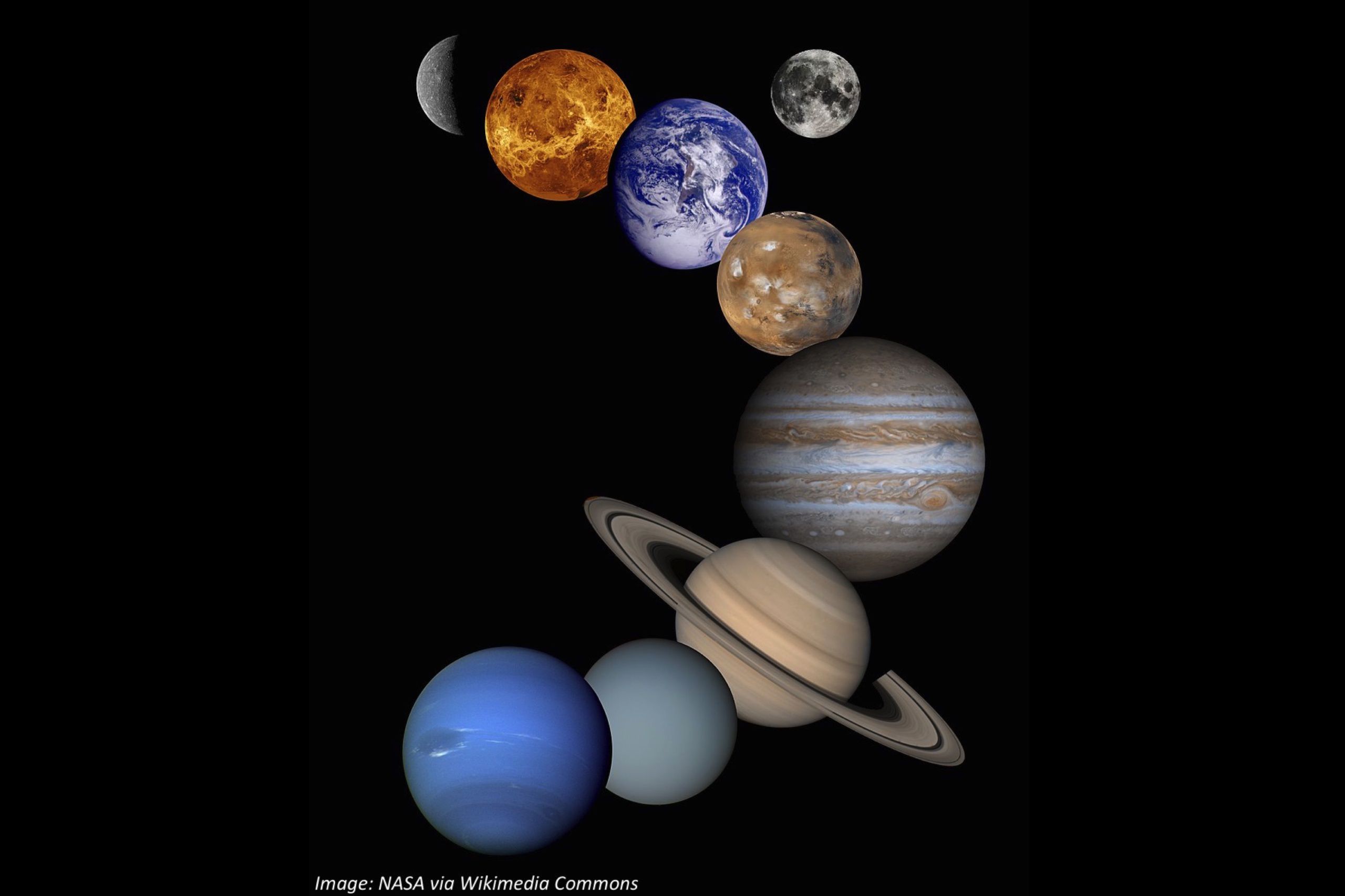 There are a lot of mysteries on Earth. But there are even more in outer space. Maybe that’s why our friend Nathan W. asked: how long would it take to fly to every planet in our solar system? Well, since those other 7 planets are also circling around the Sun, the distance between them and Earth is always changing. If you’re patient, that can be a good thing. The Voyager satellites launched in 1977 because the planets Jupiter, Saturn, Uranus, and Neptune were closer together than usual. It took 12 years for one satellite to pass by those 4 planets. But that still leaves out Mars (10 months), Venus (15 months), and Mercury (6 1/2 years). Better make sure you bring lots of snacks.

Wee ones: Can you count up to 8, the number of planets in the solar system?

Little kids: The Moon is much closer than these planets – it takes “only” 3 days to fly there! Could you fly to and from the Moon in a 7-day week? Bonus: Both Voyager satellites kept flying and left the solar system: Voyager 1 left in 2012, and Voyager 2 in 2018. How many years later did Voyager 2 leave the solar system?

Big kids: If it took 2 years for the Voyager to pass Jupiter, what fraction of the 12-year journey was that? Bonus: If you fly for 6 1/2 years to Mercury, spend 6 months orbiting it, then fly back for 6 1/2 years, how many years do you spend in the spaceship? (Reminder if needed: there are 12 months in 1 year).