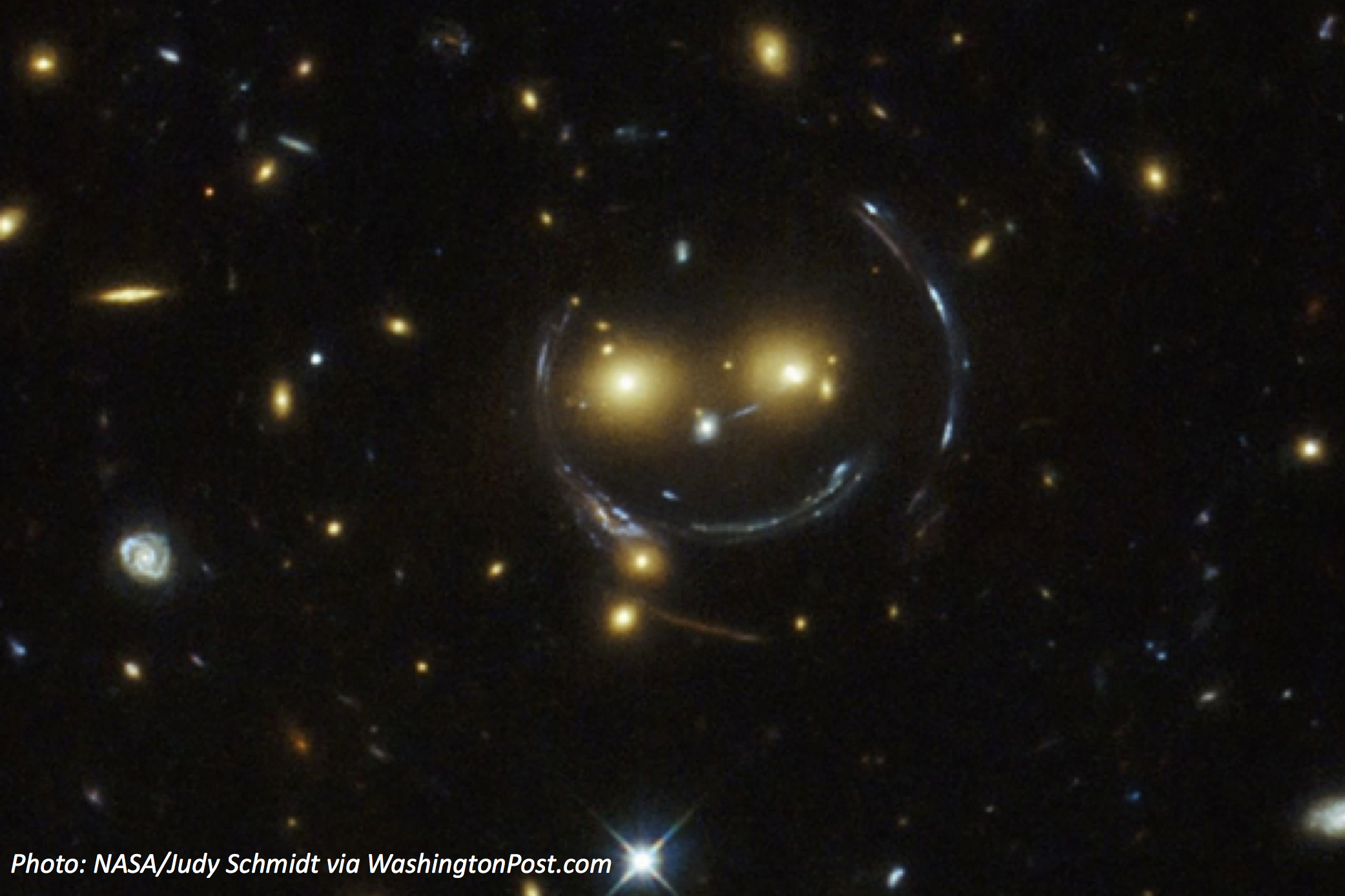 When we look up at the stars, sometimes we see connect-the-dot clumps called constellations. Leo the Lion looks like a backwards question mark (his mane) with a triangle body, and the hunter Orion has a nice neat belt of 3 stars. A “telescope” helps you see much, much farther, the same way binoculars work, so it lets you see many more stars. So there was a “Hidden Treasures” contest to spot cool shapes in star photos from the Hubble Space Telescope, which floats high above Earth’s air. One skygazer, Judy Schmidt, spotted this great smiley face. Those bright eyes aren’t single stars — they are clusters of whole galaxies, each of which could hold millions of stars. The streaks come from stars moving while the telescope snapped the picture, giving us a perfect smile.

Wee ones: If you count the eyes and nose of the face, how many “dots” are you counting?

Big kids: If Judy found this in the 200th photo she studied, how many photos had she already searched?  Bonus: If you drew a circle around every 5 stars to make a smiley face, how many faces would you find in a picture of 150 stars?