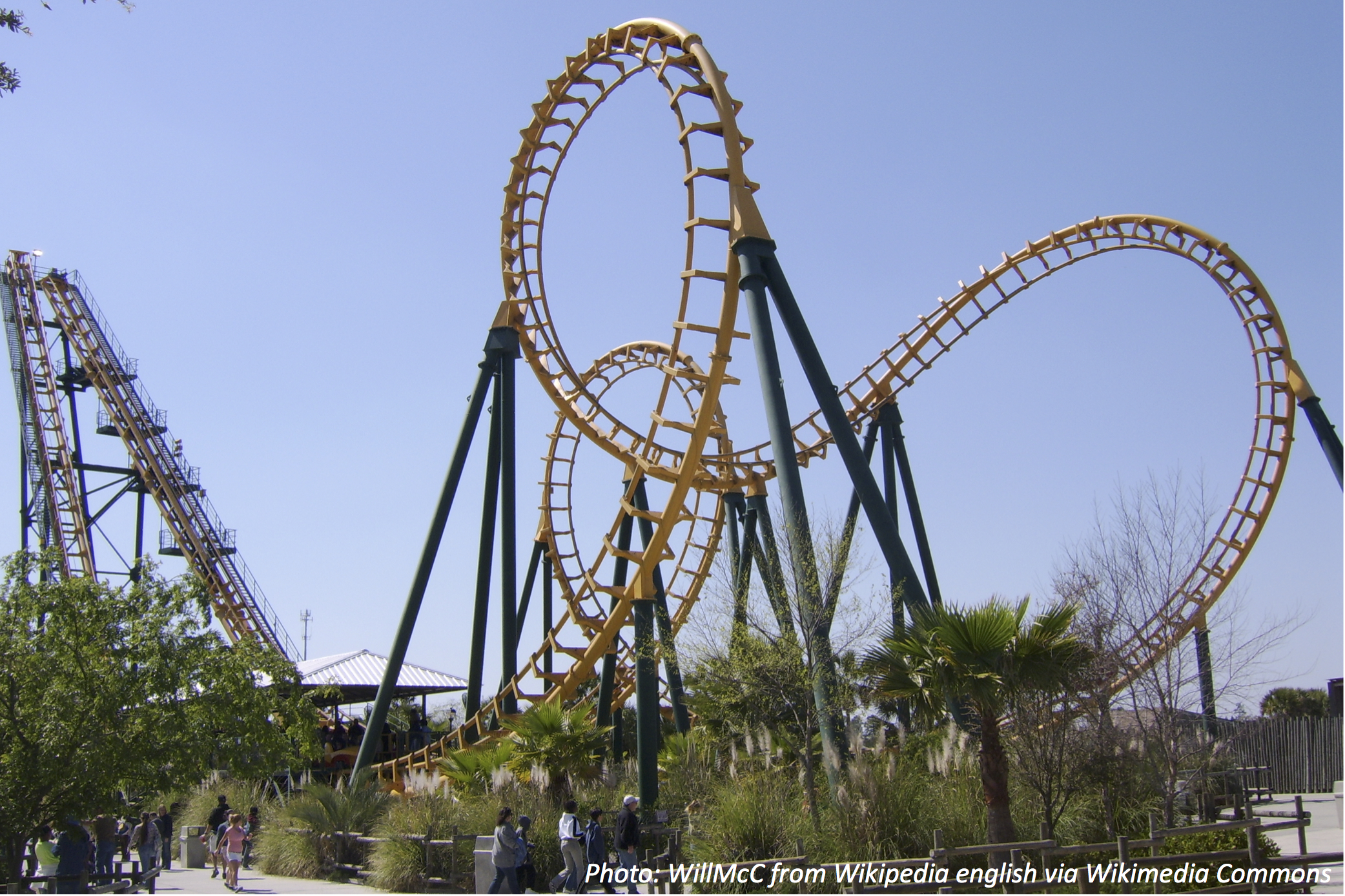 Have you ever ridden a roller coaster? Do you love riding that little train to the top of a giant track and then zooming towards the ground at 100 miles an hour or more? If you do, imagine riding your favorite ride 5,000 times. That’s what coaster fan Vic Kleman did last month, when he rode the “Jack Rabbit” 95 times in one weekend to reach 5,000 rides in his life. Vic is 82 years old, so he’s one tough old bird, and he’s been riding this ride at Kennywood in Pennsylvania since 1959. He’s smart about it — for instance, he doesn’t eat or drink much beforehand so he won’t throw up, and he rides in the 5th car because it gives the least bumpy ride. The question is, if he now knows every steep drop and crazy curve on the ride, does it even scare him anymore?

Wee ones: If Vic likes to ride in the 5th car of the train, how many cars are in front of him?

Little kids: When Vic rode the Rabbit 95 times, what numbers did he say to count the final 3 rides?  Bonus: Vic rode the coaster exactly 80 times on his 80th birthday. If he’s now 82, how many years ago was that?