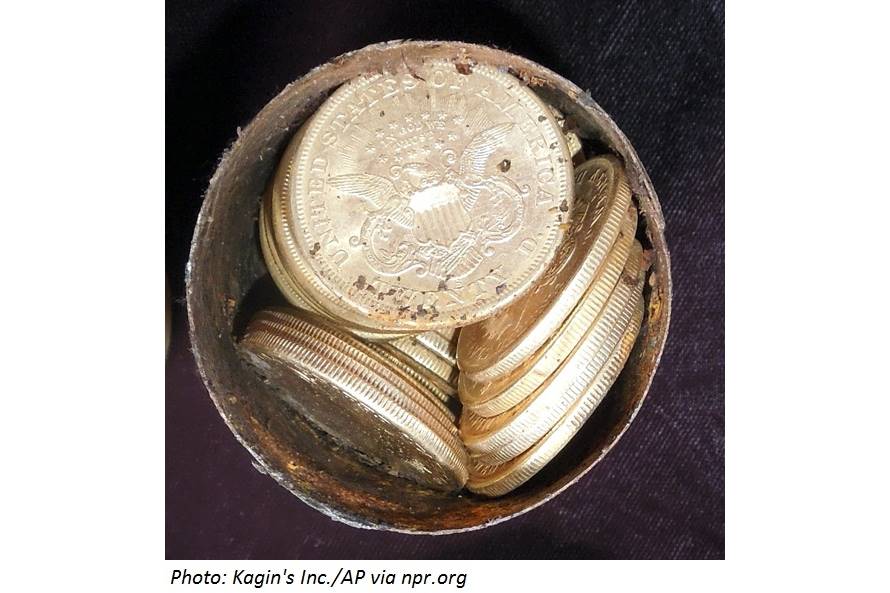 You never know what’s buried right under your feet. Well, one California couple found real treasure in their backyard! When they saw a can sticking out of the ground, they dug and dug, and found eight cans filled with 1,427 gold coins! The mix of $5 coins, $10 coins and $20 coins was minted (made) between 1847 and 1894, back when Americans used coins for those amounts. If you add up all those $10s and $20s, the coins have a total face value of almost $28,000. But they’re worth far more than that, because the older a coin, the fewer of that coin we still have, and so the more people will pay to own that coin. One of the coins is worth over $1 million all by itself, and all together the collection could sell for about $10 million!

Little kids: If you found two $5 coins, how much money would you have? Bonus: If the coins are worth $10 million total and just 1 of them is worth $1 million, how much are the others worth all together?