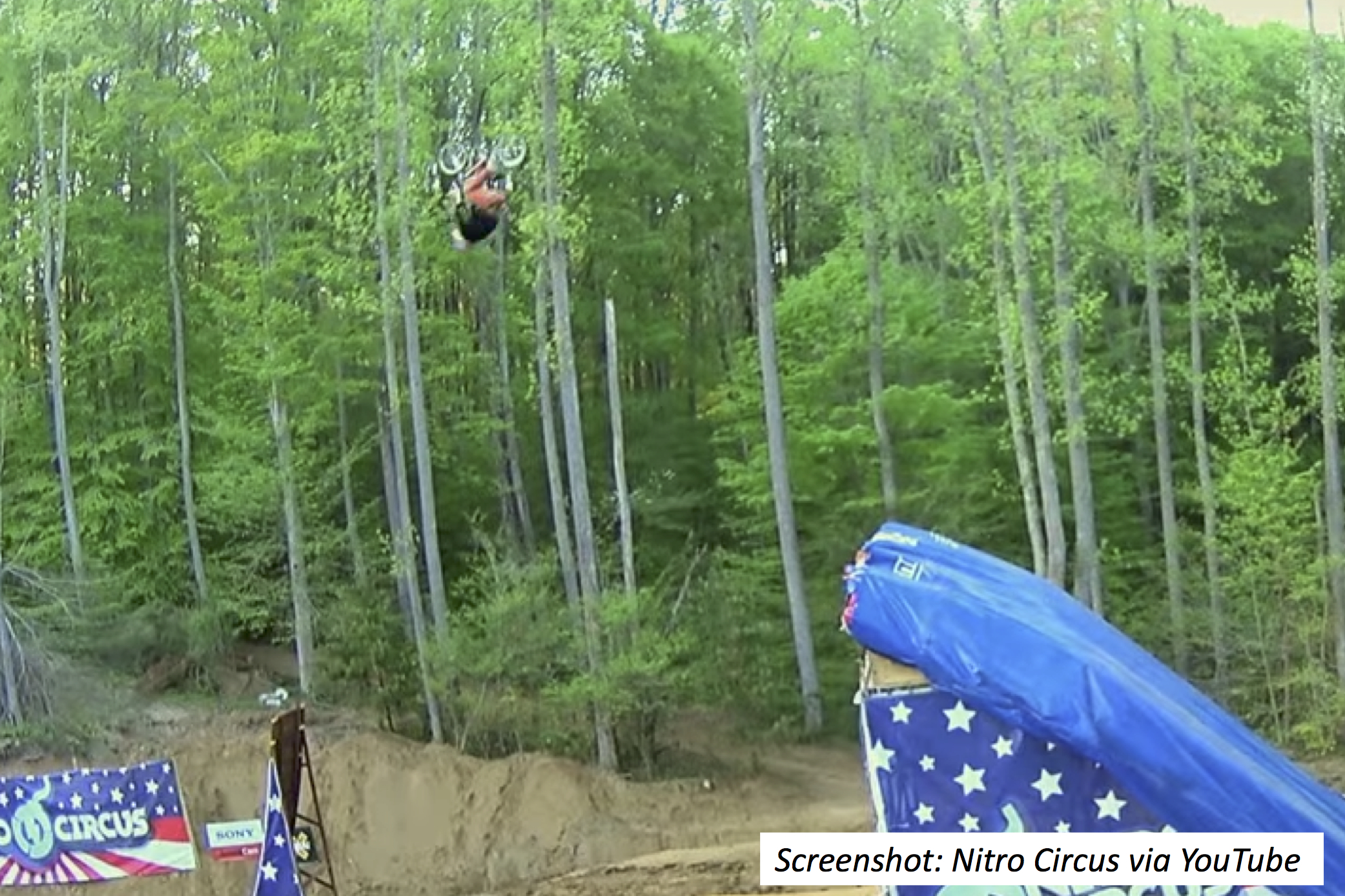 When something is easy to do once you learn it, people say “it’s like riding a bike.” They probably didn’t mean doing quadruple flips on a bike, though. Turning even one somersault in the air on a bike is crazy enough.  But daredevils like Jed Mildon wouldn’t stop there.  He was sure he could do 4 full flips before landing on the ground, so he practiced for months to become the first person to do it.  He and his buddies built and tested 15 different ramps: it needed to be long enough to give him time to pick up speed.  They ended up with a 21-foot tall ramp, which might be as tall as your own house.  As we see in the video, he then lands on a ramp slanting down, and it “counts” as a true quadruple flip only if he lands right side up!  Jed also broke 10 ribs during all those practices, so we’re glad that in the end he succeeded.

Wee ones: What shape is a bicycle wheel?

Little kids: If you rode off that 21-foot ramp and jumped just 1 foot above that, how high off the ground would you be?  Bonus: People have 14 “true” ribs (connected to the sternum). If Jed broke 10 of his, how many ribs did he not break?

Big kids: Jed started practicing these jumps 9 months before his July stunt. In what month and year did he start?  Bonus: Jed knew that he could do a triple flip (3 turns) off an 8-foot ramp. If he had had to triple that ramp height for this new trick, would that have been taller or shorter than 21 feet?

Answers:
Wee ones: A circle (and in 3D, the tire is actually called a “torus”).