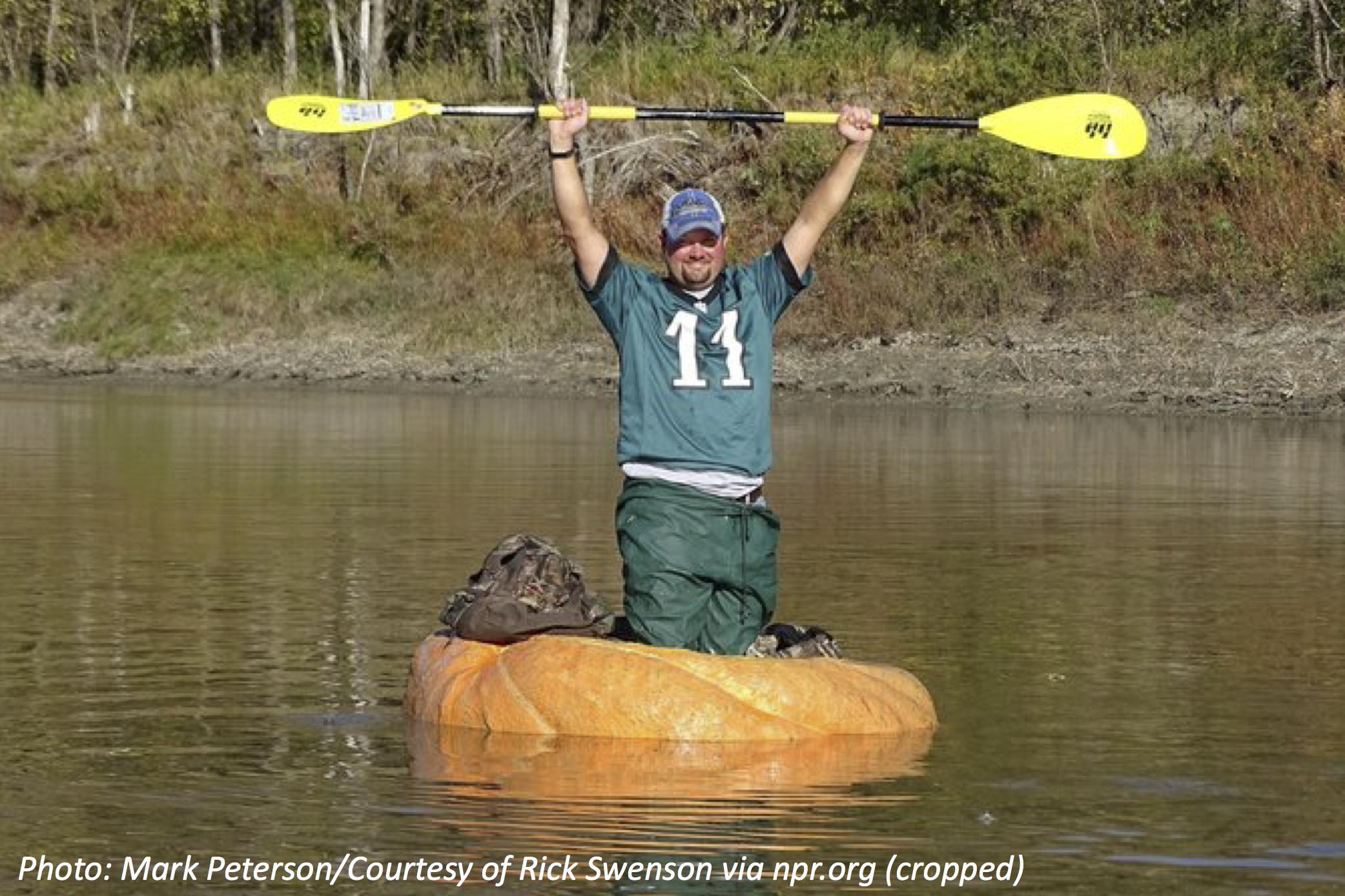 It’s a bummer when you think you’ve grown the world’s biggest pumpkin, then someone beats you out with a bigger one. So Rick Swenson set another record: rowing a giant pumpkin. As our fans Tyler and Ally M. just shared with us, Rick’s buddy grew not one, but TWO 1,400-pound pumpkins. Together they weighed as much as a car! So Rick took it one step further. He cut his own 1,100-pound pumpkin in half, scooped out the slimy seeds, plopped it in the Red River, and climbed in. As he rowed down the river, a friend texted to tell him that someone had just set a new pumpkin-paddling record of 15 miles. So Rick paddled for almost 14 hours to row 25 3/5 miles, setting a new record. The question is, who rode the other half of that pumpkin?

Wee ones: If Rick grew 1 giant pumpkin and his friend grew 2 giant pumpkins, how many did they grow in total?

Little kids: After Rick rowed the first 3 miles, what numbers would you say for the next 5 miles he rowed?  Bonus: The pumpkin boat was 2 1/2 feet wide! If you lay across it, would your feet hang over the edge?