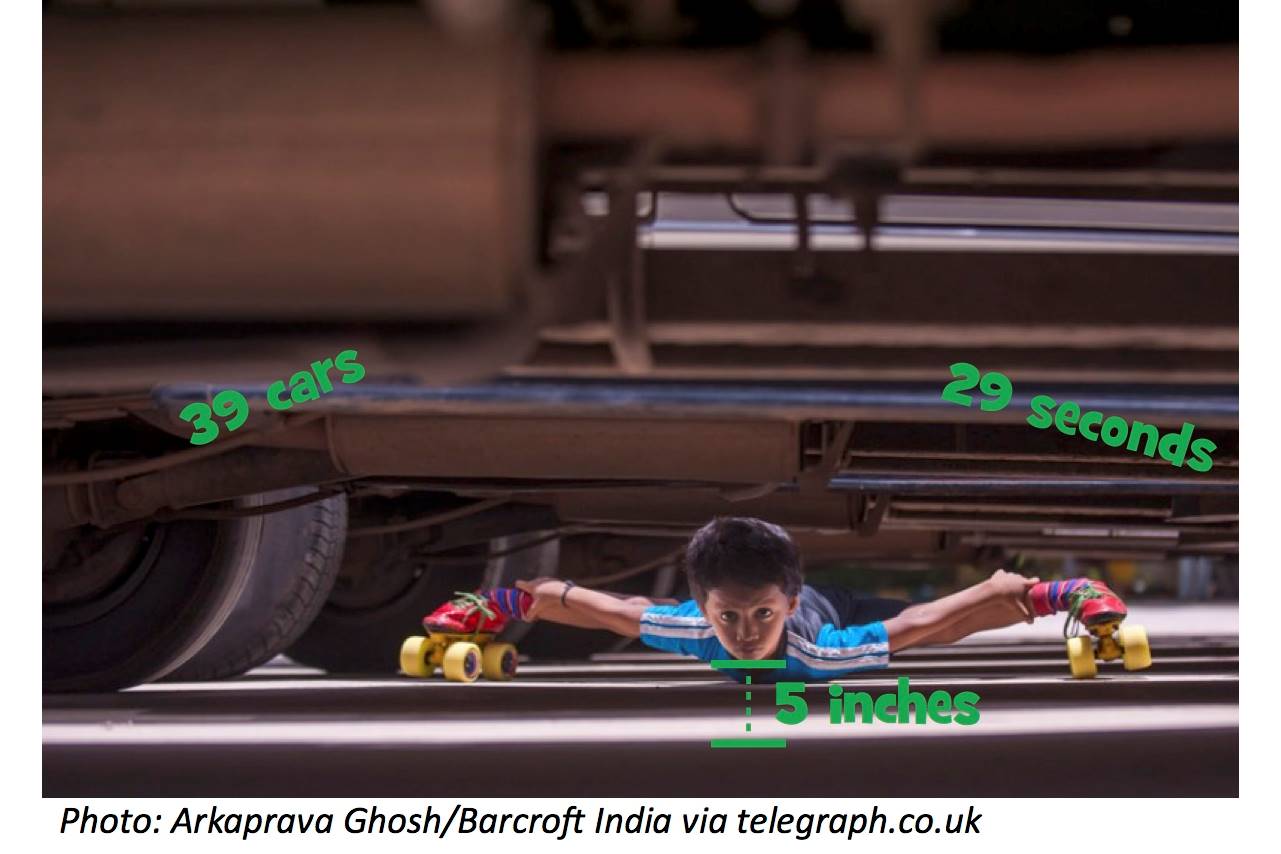 If you ever rollerskate or rollerblade, you know how much fun it is to strap wheels to your feet. It’s like turning each foot into a car. But you probably haven’t tried to skate UNDER a car, much less 39 of them! A boy in Bangalore named Gagan Satish became famous because he can skate with his legs sticking straight out to the sides. He holds his ankles in his hands, and his face whizzes by just 5 inches above the ground! So he can scoot right under a parked car, and holds a record for zooming under a line-up of 39 of them. From these photos it doesn’t look comfortable, but it works for Gagan.

Wee ones: A roller skate wheel looks like a circle from the side. Try to find 4 circles in your room.

Big kids: If Gagan took exactly 2 seconds to pass under each car, how long would it take to skate under the row of 39 cars?  Bonus: If he wanted to skate under 100 cars, how many more cars would he need in the lineup?

Answers:
Wee ones: Items might include balls, buttons, the rim of a cup or plate, or the colored part of your eye (the iris)!