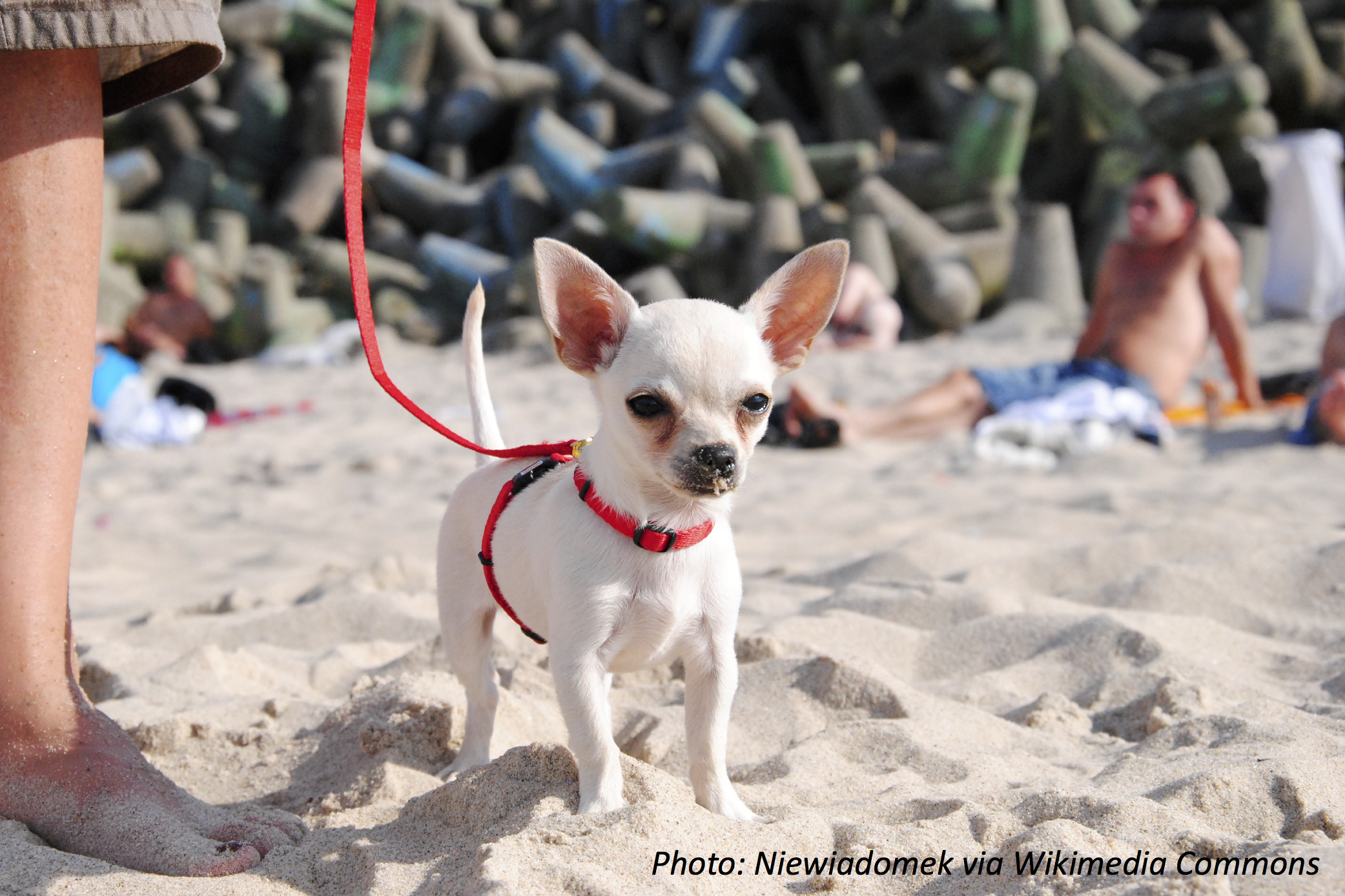 Today is Cinco de Mayo, which means “5th of May” in Spanish. It’s a big holiday in Mexico because on this day in 1862 the Mexican troops kept the French army from taking over. Lots of people throw parties today…and then there’s the Chihuahua race held every year in Chandler, AZ. Chihuahuas are tiny dogs with very short legs and big ears. They definitely aren’t built for racing. But they have tons of energy, so they run against each other to find out which one is el perro mas rapido (the fastest dog). Meanwhile, the owners sit around and eat.

Wee ones: Who has more legs: you or a Chihuahua?

Little kids: If you go jogging with your Chihuahua to practice, how many legs do you have together? Bonus: Dogs run by landing their back left paw, then their back right paw, then their front left, then front right, then starting again with the back left. Which paw lands 9th?

Big kids: If the longtime champ, Max, races two dogs named Pedro and Chichi, and Pedro’s time is halfway between Max’s 18 seconds and Chichi’s 26 seconds, how fast did Pedro run? Bonus: If each dog gets to eat a plate of nachos for every second that its time beats 40 seconds, how many plates do the 3 racers get to eat altogether? (Hint: Can you find a quick shortcut to solve this?)

Answers:
Wee ones: A Chihuahua.