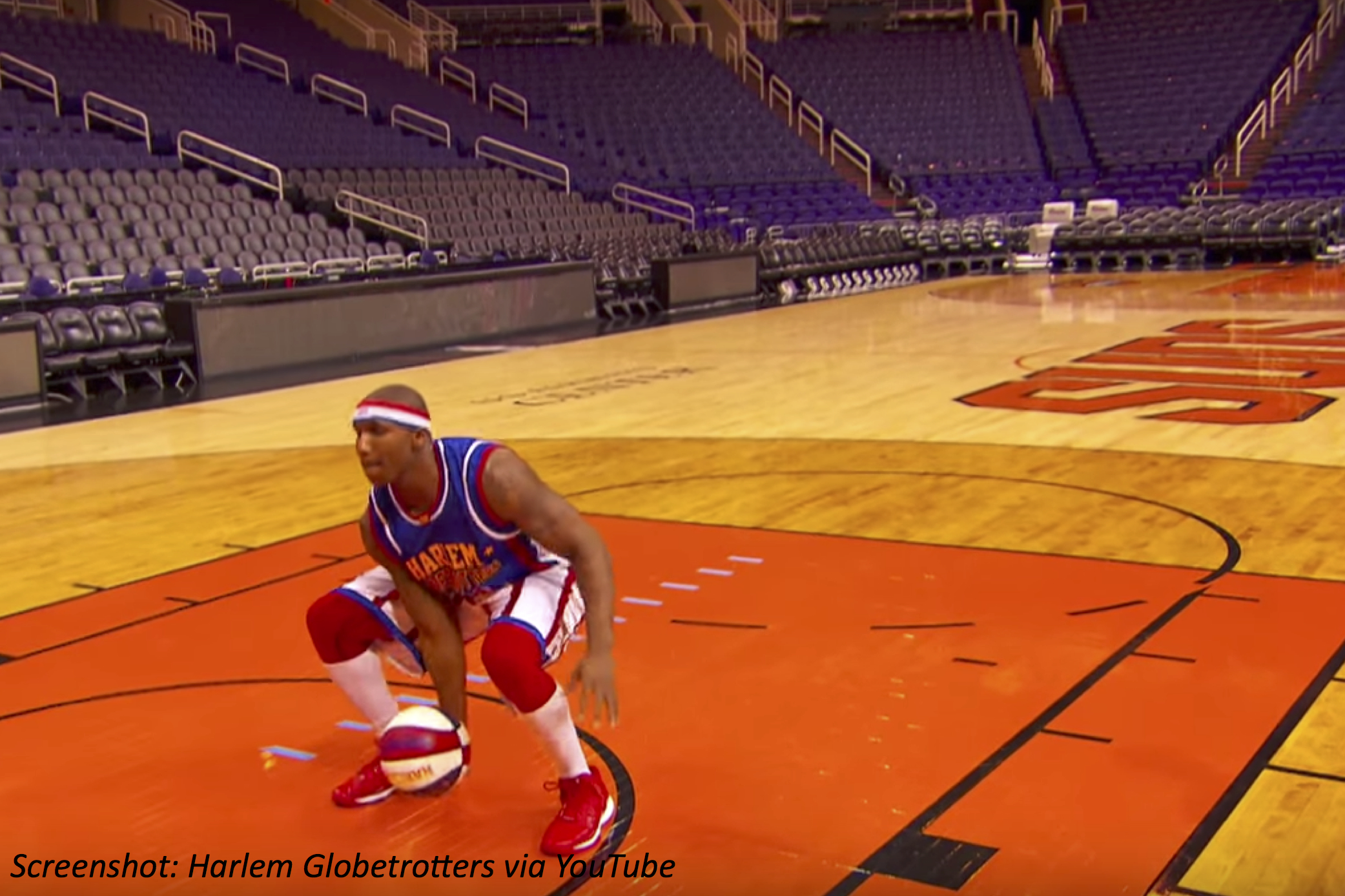 Are you good at throwing things into a basket? Do you ever try to toss your apple core or a balled up paper in the garbage? The game of basketball makes it even trickier: people throw a big heavy ball into a net that’s 10 feet off the floor. But a guy named Thunder Law from the super basketball-playing team Harlem Globetrotters doesn’t even watch while he’s throwing. He can sink that basketball throwing it backwards over his head! Last year on World Record Day, Thunder broke the world record for the longest shot thrown backwards, at 82 feet 2 inches. As you see, that’s almost the length of the whole court, and is longer than a lot of houses. The old record was 72 feet, so he did better by a lot. He also holds the world record for the longest forward shot, at 109 feet, which he broke on the same day a year earlier. What crazy shot will he try this year?

Wee ones: When you look at a basketball from the side, what shape do you see? And what shape is the whole ball?

Little kids: World Record Day is in November. If you want to break a record this November and it’s now September, how many months do you have left to practice?  Bonus: If Thunder broke the forward-throwing record 1 year before 2014, in what year did he do that?

Big kids: How much longer is Thunder’s 109-foot forward shot compared to his 82-foot backwards shot?  Bonus: If you could throw the ball even half as far as his 82-foot shot, how far would that be?

Answers:
Wee ones: A circle. The whole ball (in all 3 directions or “dimensions”) is a sphere.