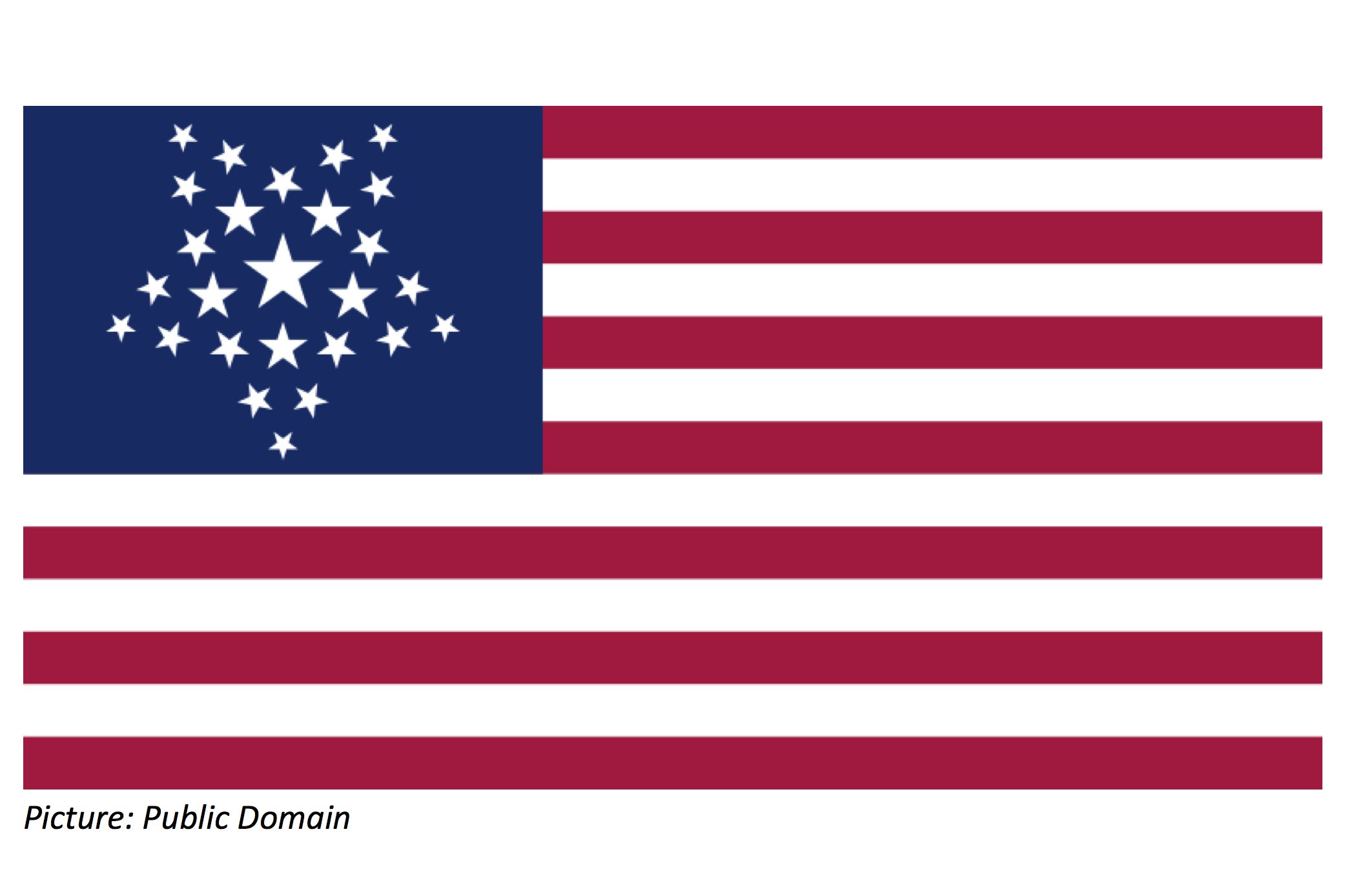 Tomorrow, June 14, is Flag Day here in America, so it’s a great time to talk about all the crazy math our nation’s flag has done. Each time our country added a new state, we added a star to that blue box. We also tried adding a stripe for each new state. But after adding Vermont and Kentucky (#14 and #15), we realized the flag would turn into a pink blur of teeny stripes! So we went back to 13 stripes and used stars for states after that. Sometimes a bunch of states joined at once, sothe number of stars made some big jumps, like from 38 to 43 when we added the Dakotas, Idaho, Montana, and Washington. Thankfully, today’s 50-star flag has lasted the longest, so we can remember what it looks like!

Wee ones: If the flag has 7 red stripes and 6 white stripes, which color has more stripes?

Little kids: Since the stripes on our flag are red, then white, then red, then white…what color is the 8th stripe? (Don’t peek!)  Bonus: When the flag jumped from 48 stars to 50, how many states had we added?

Big kids: One flag in 1818 had the stars laid out in a star shape: 1 star in the middle, 10 more around it to make a pentagon, and then 3 in each of the 5 points. How many states did we have at that time?  Bonus: How many more states would we need today to double that number of stars?

The sky’s the limit: What number of states would allow the stars to make a perfect square (same number of rows across and down), and where the digits of the number add up to 9?