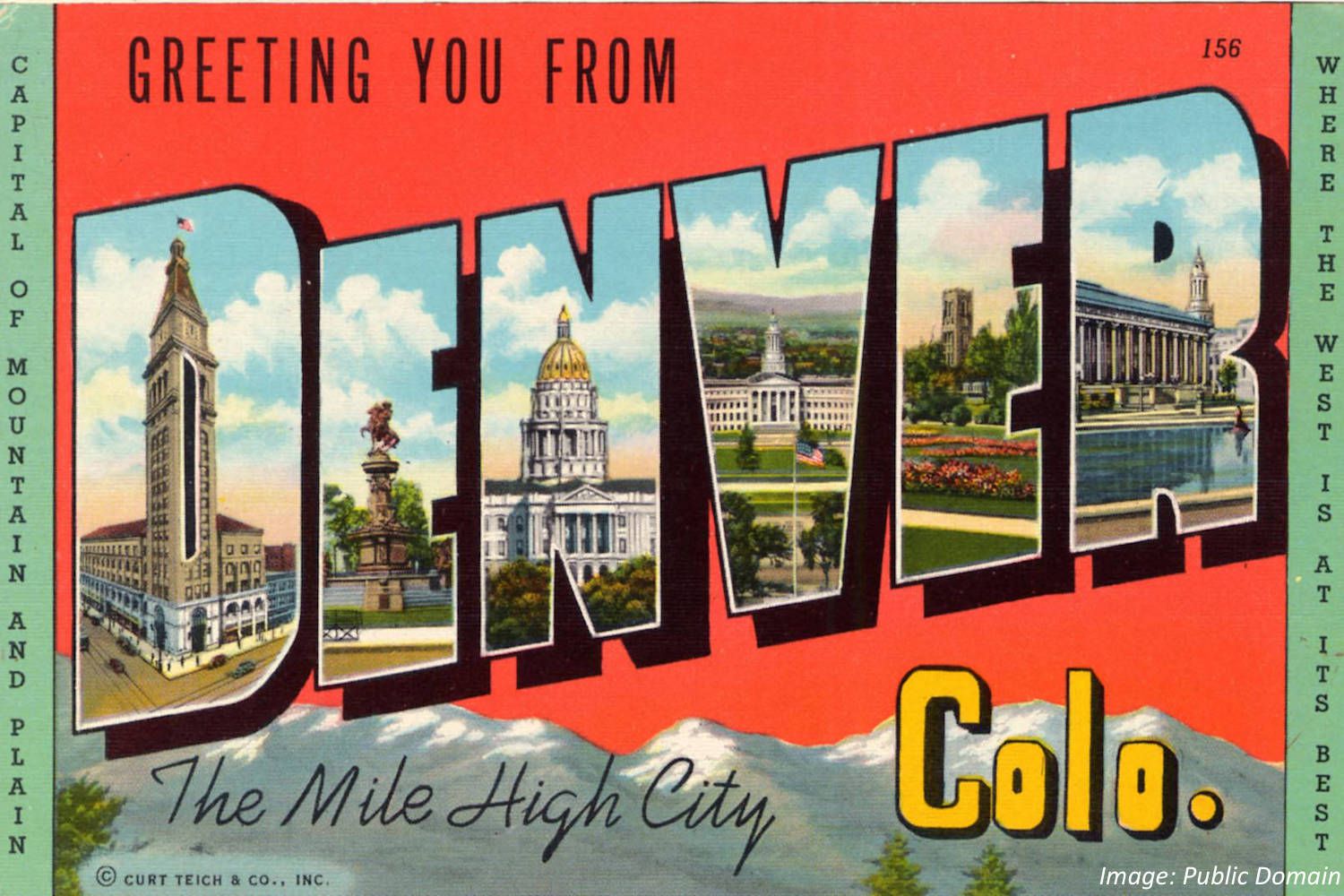 Colorado turns 143 years old today. That’s worth a high five – or a mile-high five! Denver (Colorado’s capital) is nicknamed “The Mile High City” because it is 1 mile above sea level. The 1-mile height is marked all around town, like with a special purple row of seats at the baseball stadium. Colorado is high above the ocean because of the Rocky Mountains. But it’s not all snow – the state is also home to the country’s tallest sand dunes! It even has the highest alligator park. In fact, 3/4 of all U.S. land that’s more than 10,000 feet above sea level is in Colorado. That definitely makes this state hard to top!

Wee ones: People say that Colorado is the most rectangular state. Can you find 5 rectangles near you? Look around the room!

Little kids: The marker at the capitol building showing “1 mile high” has changed twice: it started at the 15th step, but moved to the 18th step, and then again to the 13th. Which of those changes moved the marker more steps? Bonus: How many years from now (2019) will Colorado turn 150? (Hint if needed: Try counting up from 143!)

Big kids: Colorado is called “The Centennial State” because it was founded in 1876, 100 years after America was born. When will it have its “bicentennial” when it turns 200 years old? Bonus:There are 96 mountaintops in the U.S. taller than 14,000 feet, and Colorado has 53 of them! If all the other states combine their 14,000-foot peaks, can they have more than Colorado?

The sky’s the limit: Because Colorado has both deserts and mountains, it can get really hot AND really cold. The warmest temperature ever in Colorado was 118 degrees F, and the coldest was -61 degrees F. Is the midpoint of those two temperatures above the freezing point? (32 degrees F)

Answers:
Wee ones: Rectangles might include books, windows, doors, cereal boxes, and many other objects!