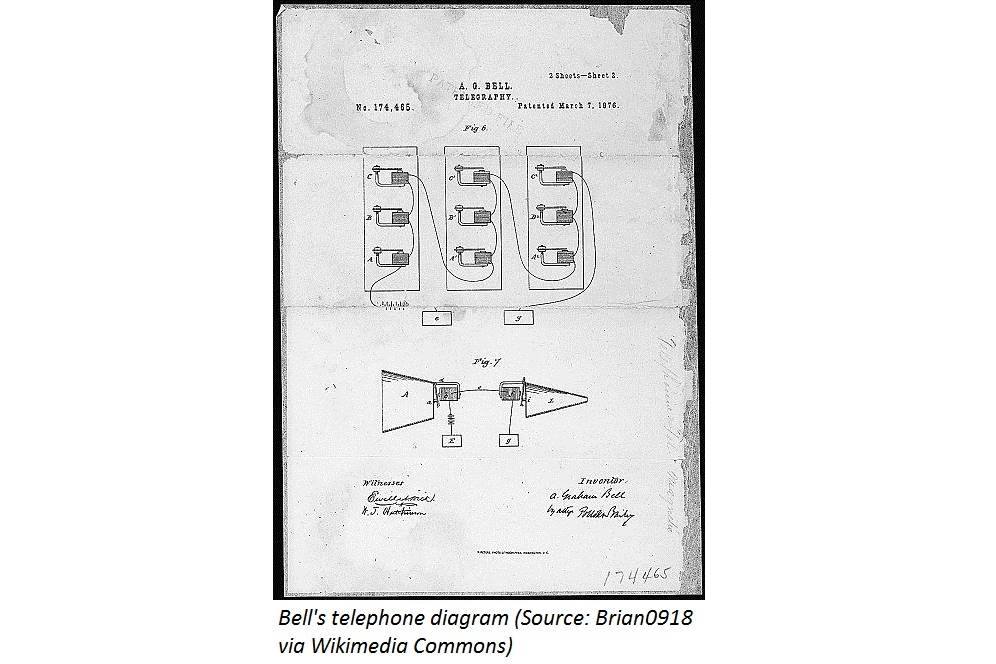 Hand Me the Phone

On this day in 1876, Alexander Graham Bell finally got his invention working: the telephone.  It worked nothing like our phones today: the very first phones were sold in pairs, where each phone could call only that one other phone (you had to pick that other person carefully).  Then came the “switchboard,” which let you call any other phone, but the “operator,” a phone company person in the middle of town, had to plug in wires to connect your call for you.  Now we can call anyone anywhere on our own within seconds, and through the air.  But that first phone, that first time talking to someone through a wire, must have looked like magic. 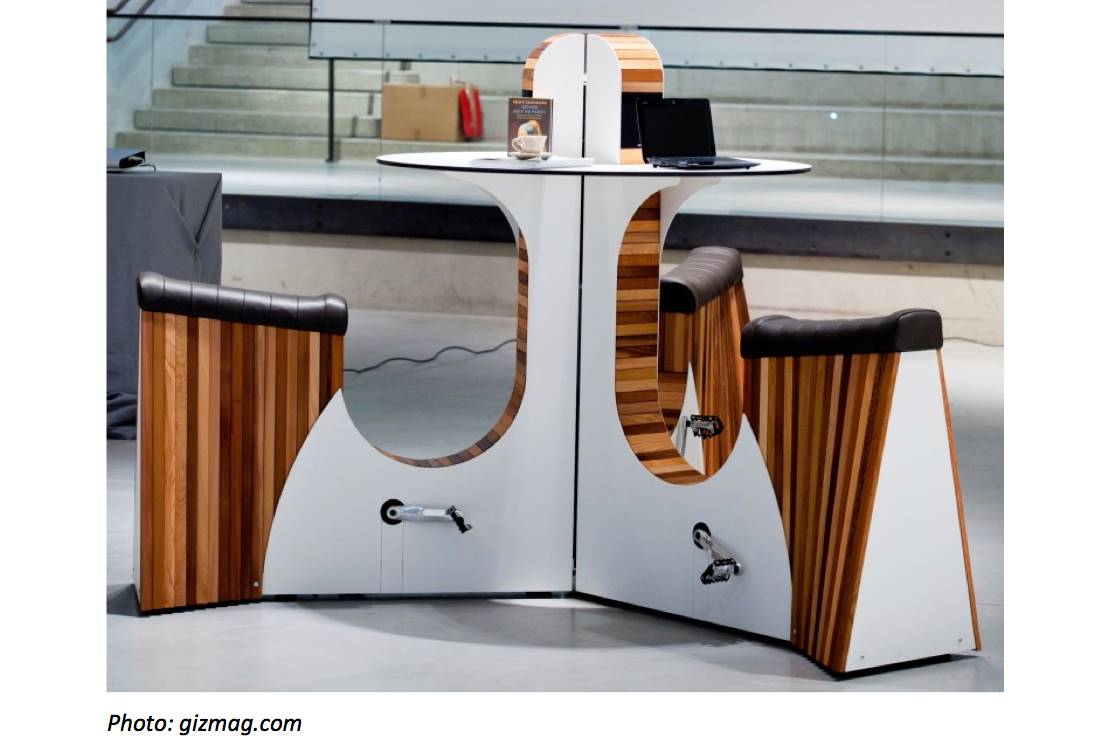 You’ve probably heard of biking to work, but biking at work is a whole other story.  A recently invented work desk, called the WeBike, makes people work for their, well, work.  As you sit at your desk, you pedal the bike, which generates the electricity to power your laptop, printers, phones, and other electronics.  It seems like kids could use this thing even more than adults, to power all the batteries you need for your toys.  And imagine if you had these bikes at school…could it do your homework for you? 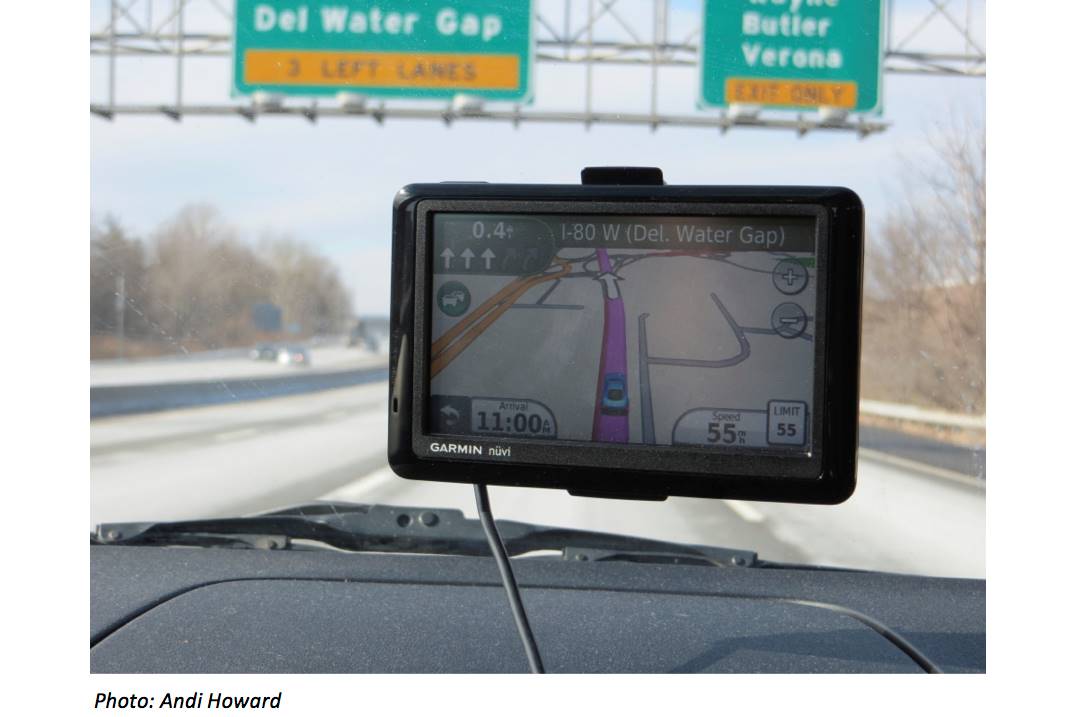 Until pretty recently, when you wanted to find your way somewhere, you had to pull out a paper map, face it the right way, figure out where you were on the map, and then figure out how to get to your destination.  Now we’ve taken all the fun out of it.  With the digital maps on our smartphone and computer screens, you just type in your start and end points, and it draws the path you should take.  Then geopositioning systems, or GPS, use satellites to find you and plop a blinking dot on the screen to show you exactly where you are.  Now when taking a trip by car, thanks to GPS the days of crumpled maps are over.  But as we’ll see here, when it comes to timing, sometimes the system doesn’t know everything. 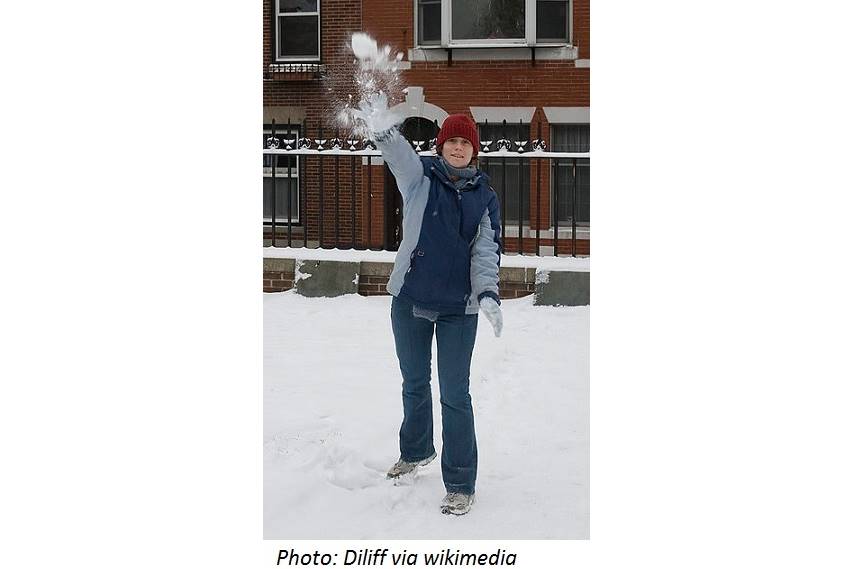 When it snows outside and you get that really wet, sticky kind of snow, it’s easy to pack it with your hands into a solid white ball that just begs to be thrown.  Sure, you can roll it along the ground to make it bigger, and pile up a few to make a snowman…but it might be even more fun just to chuck it at someone.  We’re not exactly sure who invented the snowball fight, but we do know that in 1863, during the American Civil War, when a few soldiers started chucking friendly snowballs at each other, it turned into a giant fight involving 9,000 soldiers. If serious grownups can get sucked in like that, it’s clear the snowball fight is here to stay. 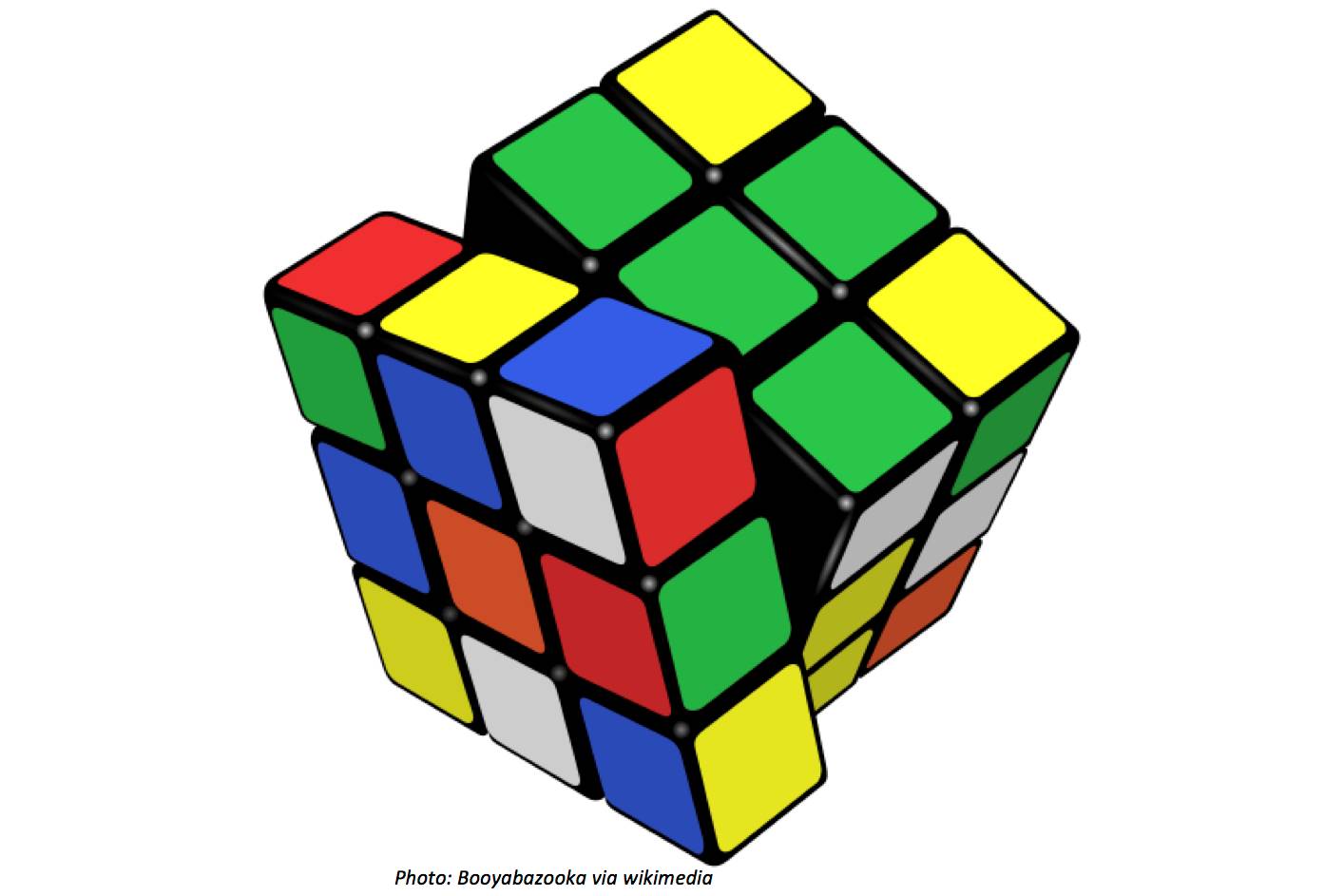 Back to Square One

One of the most popular and widespread toys ever invented is the Rubik’s Cube.  The mission is so simple: just turn the rows and columns to swap around the pieces and get all six faces to be solid colors.   And yet that turns out to be one of the hardest challenges out there – maybe because a 3x3x3 cube has over 43 quintillion possible line-ups of the pieces.  Ever since the cube was invented in 1974, over 350 million of these puzzles have been sold; the Cube has inspired people to set all kinds of records, spawning speed cubers, one-handed cubers, and the real geniuses who study the cube, blindfold themselves and solve it from memory.  To get a taste of the excitement, let’s look at the math behind cracking the code. 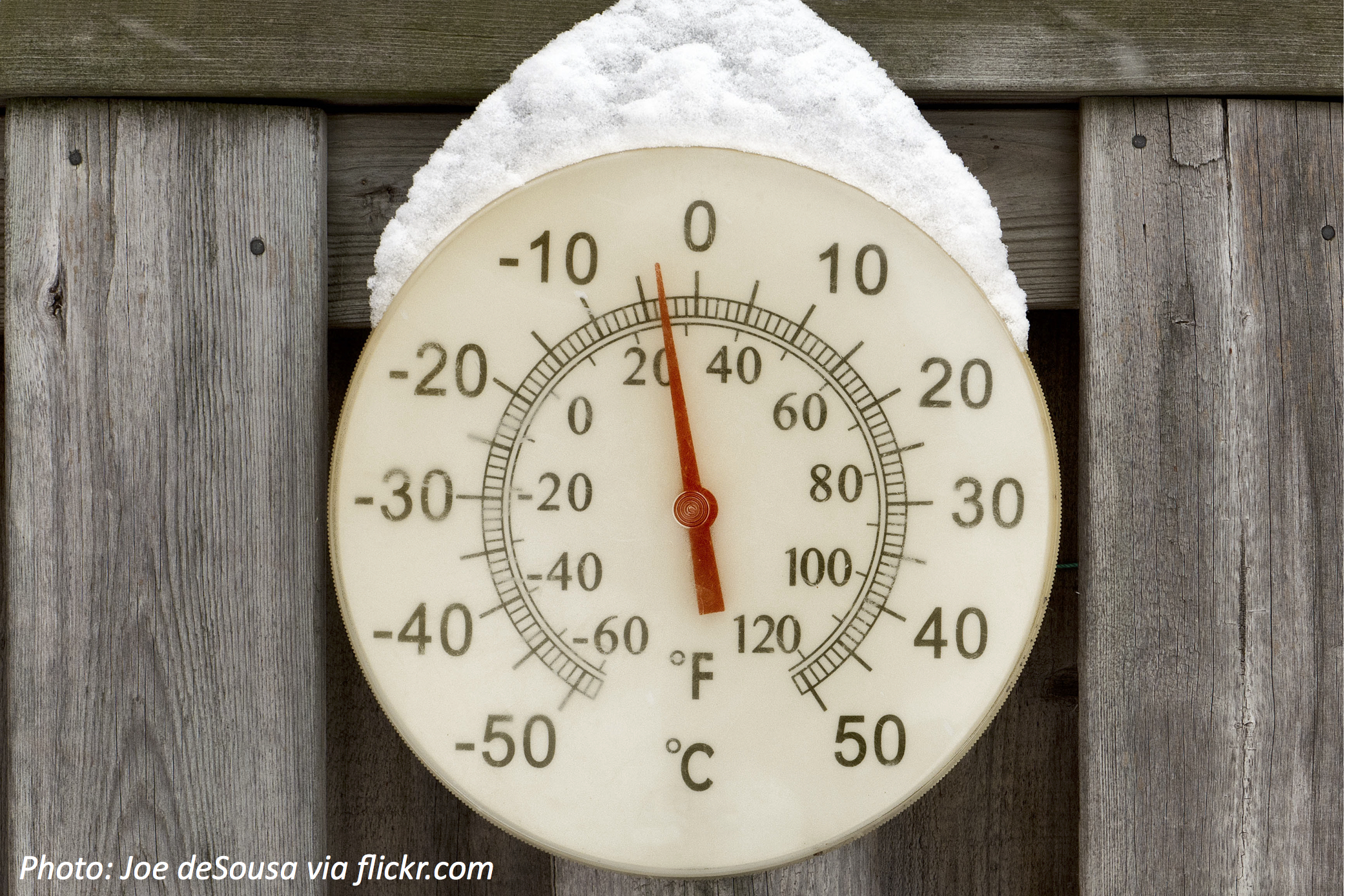 The last week of January often marks the coldest week of the year, at least for the northern half of our planet.  We’ve been tilted away from the sun for weeks, we’ve had short days of sunlight, and in some places cloudy gray skies make matters worse.  So it’s no surprise that many states have had their coldest temperature ever in late January or early February.  When you see some of the records set over the decades, you might find that a bowl of ice cream at 3 degrees F could warm you up. 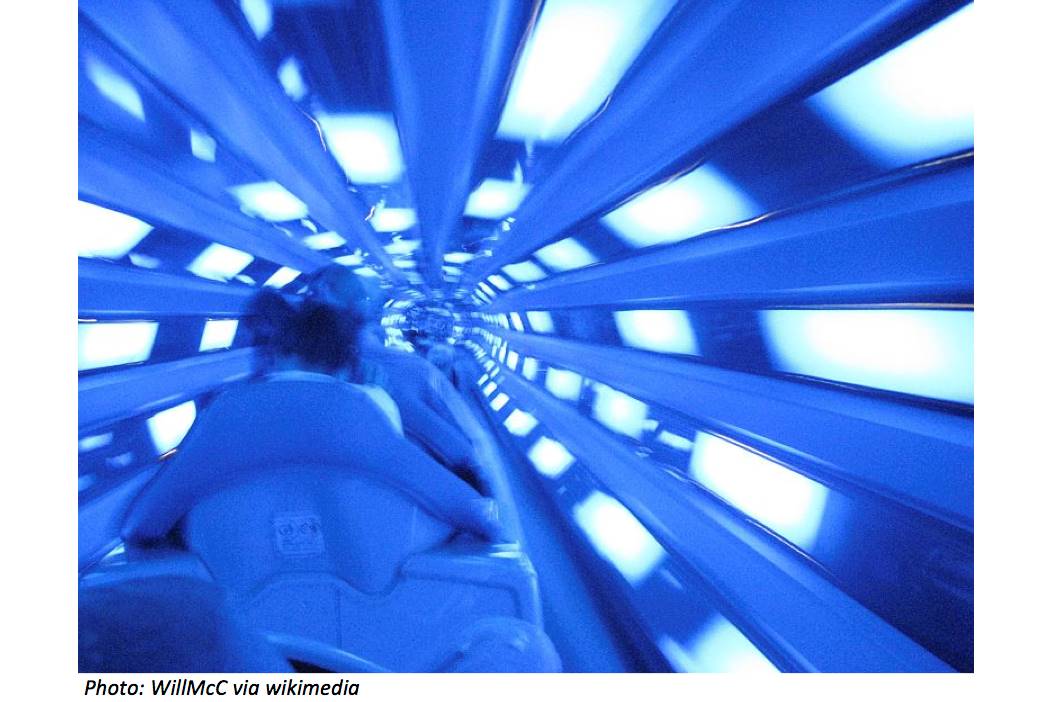 Climbing the Mountain – Inside Out

It’s pretty exciting to get on a roller coaster, tip over the top of a hill and plunge toward the ground at 30 miles an hour.  But it’s even more alarming to do this in the dark.  On this day in 1975, Disney Parks opened Space Mountain, the famous roller coaster at Disney World in Orlando, FL. The entire ride spirals around the inside of the mountain, dark except for sparkly stars and some pulsing lights, which do nothing to help you see where you’re going.  So every twist, turn and plunge comes as a total surprise.  Clearly lots of daredevils love this kind of thrill: over the decades hundreds of thousands of visitors have ridden Space Mountain, leading Disney to build four more of them around the world. 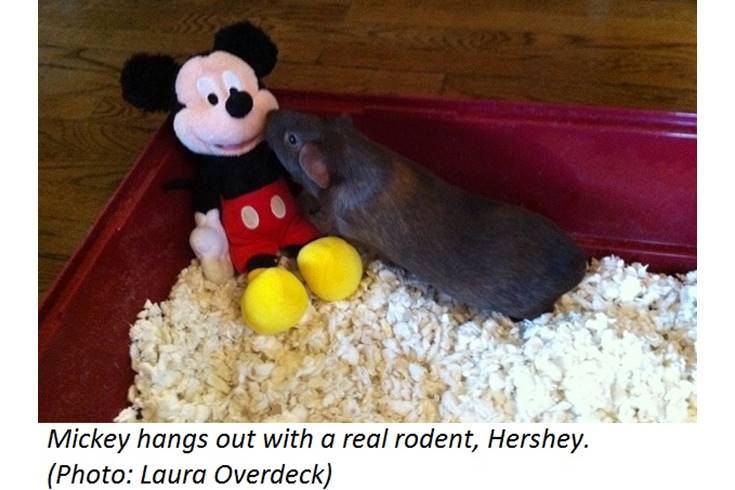 Not Your Everyday Mouse

On this day in 1930, a certain cartoon character showed up in U.S. newspapers for the first time: Mickey Mouse.  When Walt Disney and Ub Iwerks first drew this friendly rodent two years earlier, he probably had no idea that a mouse could become so popular.  With his high voice, red shorts, and poofy yellow shoes that look impossible to walk in, Mickey is one of the world’s most famous cartoon characters.  He was also the first cartoon character to get a star on the Hollywood Walk of Fame alongside real humans – after all, he wears clothes, too. 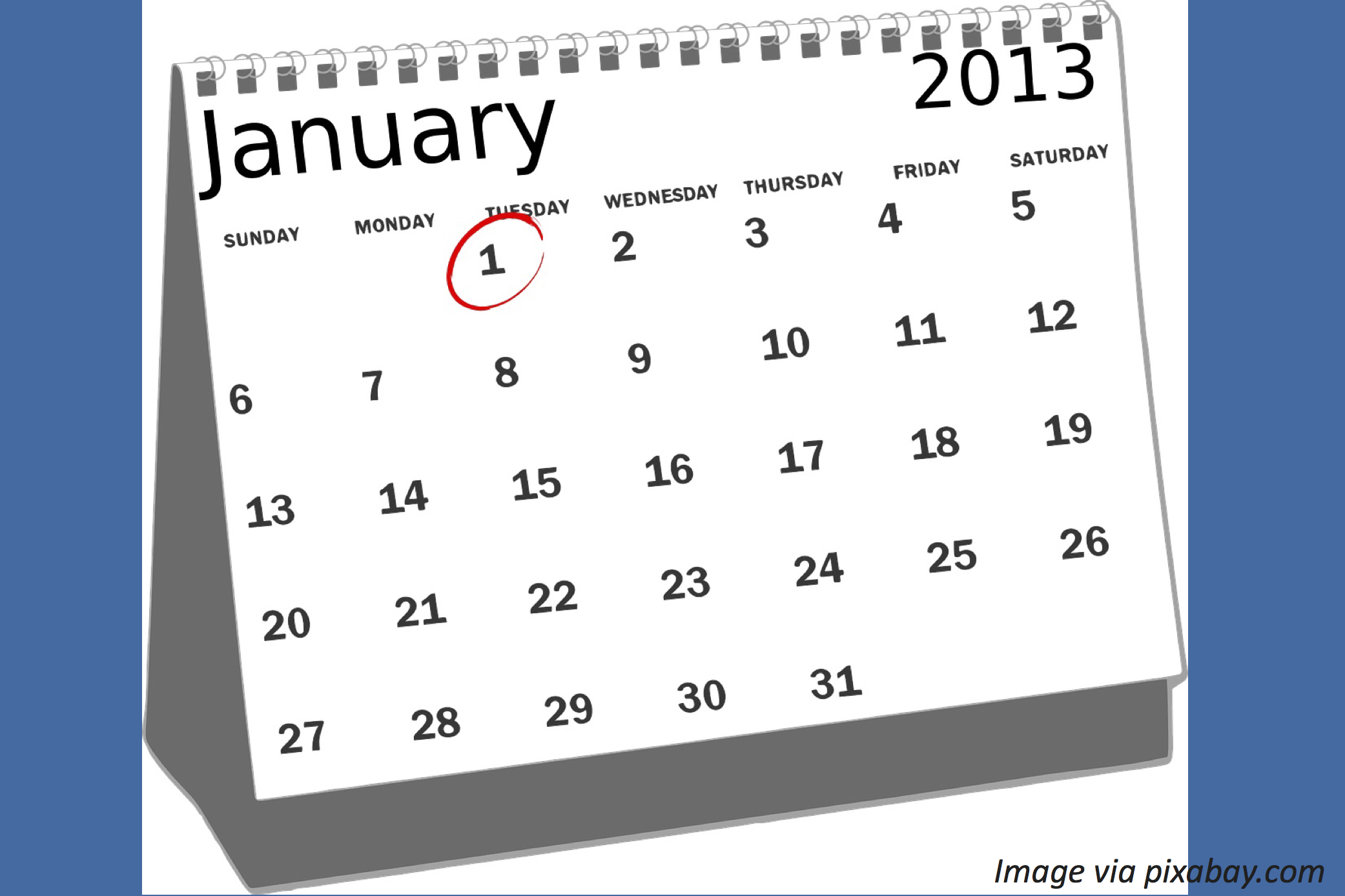 First, a really fun announcement: Bedtime Math is throwing a giant Pajama Party at the new Museum of Mathematics in New York!  If you live in the NYC area or will be visiting, on Saturday Feb. 2 kids from ages 3-8 can come to MoMath in their PJs and play home-baked Bedtime Math games.  You all get first dibs before this gets announced publicly, so click here to get the details and register!

And as long as we’re talking about math, it’s a great time to ponder the number 2013, our very cool new year.  It’s the first year in a long time where all four digits are different – more on that below. Also, because the number 13 is prime – meaning it’s divisible only by itself and 1, and can’t be split into equal-sized groups – 2013 looks kind of yucky and prime also, but it actually isn’t.  While the number 13 is considered unlucky by a lot of people, we’re thinking 2013 is going to be a good year. 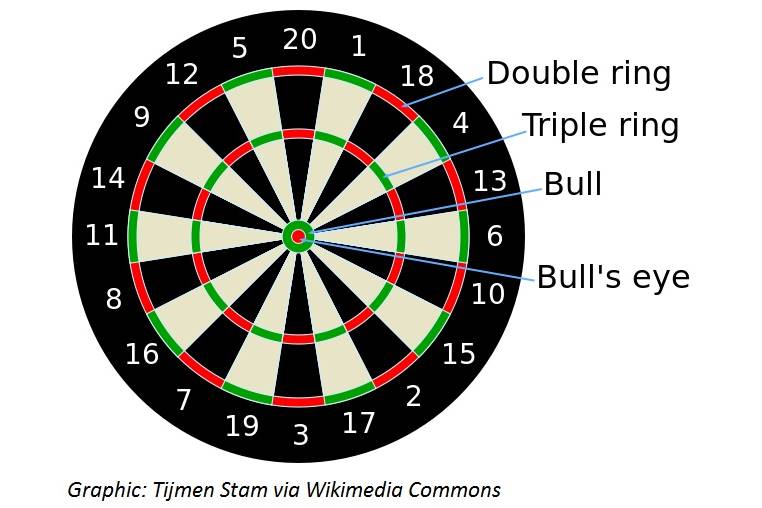 Double – or Triple – the Fun

Yesterday at Alexandra Palace in London, a guy named Phil “The Power” Taylor won the world professional dart championship for the 16th time.  Whoa!  And throwing darts is no easy sport: you aren’t just aiming for the middle of the dartboard the whole time.  As you see in this picture, each wedge of the board has a number, which equals the points you score if you throw your dart there – except for the skinny green and red rings, which double or triple those points.  Even the bullseye has multiple parts: its outer ring is worth 25 points, but the very center is worth double that (50).  To make matters worse, to win the championship you have to score exactly 501 points, and your final throw has to land on the double ring or the double bulls-eye.  So darts aren’t just a matter of good aim – you have to do the math right, too.